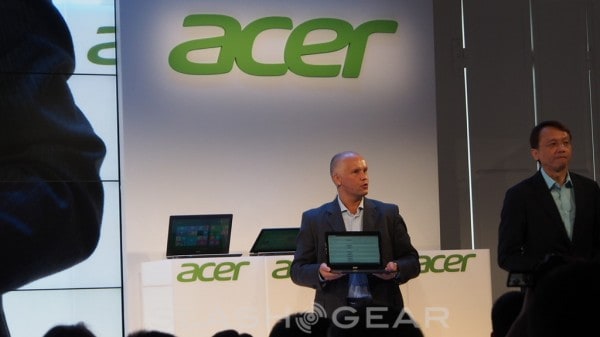 Acer is having an event in New York City right now where they are launching a ton of new products. A few Windows-based notebooks, some Android tablets and a new Chromebook. This new Chromebook isn't a drastic change over the C720 they launched last year. In fact, the biggest change is that it sports an Intel Core i3 processor instead of a Celeron 2955U processor. Acer is touting this as the most powerful Chromebook on the market right now, which it is. It's the only Chromebook – aside from the Pixel – that sports an Intel Core i3 processor. It's important to note that it appears that the company is releasing 14 and 15-inch models of this new Chromebook.

This new Chromebook will be the highest end Chromebook ever released from Acer, so we can expect a bit of a bump in pricing as well. The Acer C720P was priced at $299, so I'd expect this one to be around $350 or more. Last year we reviewed the C720 and the C720P. We were impressed by both of them. They handled everything pretty well, and the battery life was amazing. Which is about what we are expecting out of this new Chromebook from Acer when it releases this summer.

Acer was not specific as to when this Chromebook would be available, or the pricing. But we'll likely get more information in the next month or so, so you'll want to be sure to stay tuned to Android Headlines for that information. Acer also announced a couple of Android tablets this morning which we'll be covering today as well. Are any of our readers excited for a new Chromebook from Acer? This year, we are definitely going to be seeing some amazing Chromebooks coming from all types of OEMs, and Acer is the first one out with a pretty amazing Chromebook. Now let's hope the price matches.