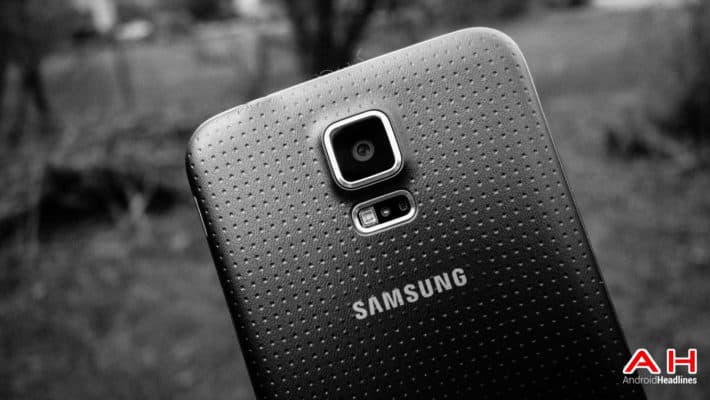 The title of the most awaited smartphone of the year undeniably belongs to the latest Samsung flagship – the Samsung Galaxy S5. The device had seen a global release after very strong pre-release registrations (the T-Mobile variant crossed 100K pre-registrations). It comes as no surprise then that the Samsung Galaxy S5 is selling like hot cakes across their bastion – South Korea, however the device has also been retailing exceptionally well here in the US. In fact, the Galaxy S5 has already beaten Apple’s iPhone 5S in terms of launch weekend sales figures. These figures come to us thanks to iQmetrix – a retail management company – which recently unveiled an infographic that compares the sales of the S5 and iPhone 5S during their respective launch weekends.

The graphic (reproduced below), shows us how the sales of the previous gen iPhone 5 and Samsung Galaxy S4 were affected in the run-up to the launches of their iterations. The launch weekend comparison graphic depicts the sales of these respective devices as a percentage of total phones sold in the US and Canada. An interesting fact comes to light – in both US and Canada, the S5 beat the iPhone 5S leading with 25% against iPhone’s 18% in the US, whereas in Canada the Galaxy S5 leads by 18% to the iPhone’s 13%. Since iQmetrix has based this data from more than 12K wireless store locations running their RQ system, we can safely say the results are unbiased. However, the infographic does not talk about absolute sale numbers – which would have made this comparison a lot more interesting.

For the uninitiated, the Samsung Galaxy S5 is the fifth iteration in Samsung’s iconic and wildly successful Galaxy series of Android smartphones. The device was announced at the Mobile World Congress earlier this year, with a global release expected by 11th of April. Being a flagship, the Samsung Galaxy S5 offers top-of-line specifications including quad-band 2G and 3G connectivity, with LTE availability being market-dependent. The device bears a 5.1 inch super-AMOLED display which offers a 1080p full-HD resolution at ~432 ppi resolution, a quad-core Qualcomm Snapdragon 801 chipset, a 16 mega pixels (MP) ISOCELL primary camera with optical image stabilization. Selfies and video calls will be catered to by a 2 MP secondary camera which records 1080p videos @ 30 fps. The device is powered by a 2800 mAh battery, which allegedly gives up to 21 hours talktime. The device also boasts of dust and water proof capabilities.

Check out the graphic and do let us know what you think. Is this the beginning of the end of Apple’s smartphone dominance? Our comments section awaits.