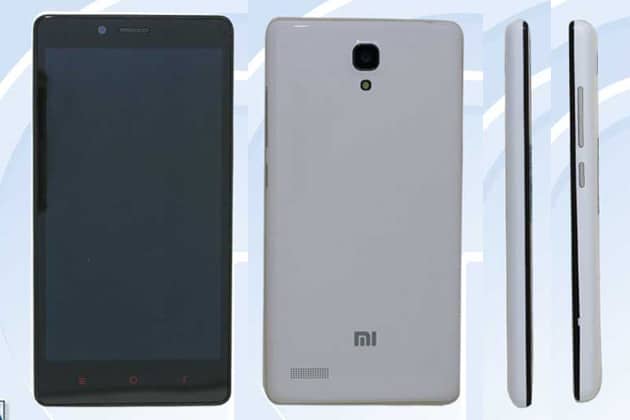 By now, most of us have heard of Xiaomi, the Chinese company that's quickly making a name for themselves in the smartphone arena. While they're mostly trading exclusively in China, they are slowly branching out into other parts of South East Asia, which could be the start of a global expansion for the company. We're hoping as much, as more competition is always welcome in a market dominated by a few names. In order to get their devices into the hands of pretty much everyone, Xiaomi developed the Red Rice, or "Hongmi" smartphone last year (now known as the Redmi), which came in at under $130 (in local currency, of course) which was, at the time one of the best smartphone deals out there. Now though, it looks like the Redmi 2 is on the way.

A new version of the device, with a larger display and an Octa-Core CPU has hit the Chinese TENAA, which you can think of as their equivalent to the FCC. This time around, we're looking at a 5.5-inch 720p IPS display and an Octa-Core CPU with frequencies of 1.4 Ghz and 1.7 Ghz, which we're thinking could well be yet another MediaTek MT6592 system-on-chip. On the imaging front, we should be seeing a 13-megapixel rear-facing camera joined with a 5-megapixel front-facer. So far, models for TD-SCDMA for China Mobile and a WCDMA model have been revealed, but we expect that Xiaomi is going to be catering to all of its customers. Android 4.2.2 is running the show, which is a little outdated by now, but the MIUI ROM on top should ease the pain for a lot of customers.

At 5.5-inches, it's likely that the new Redmi from Xiaomi is going to go head-to-head with HTC's Desire 816 – which is off to a good start already. With hardware seemingly racing to the bottom, especially in Asia, there's a lot of money to be made and while Xiaomi is a popular brand in China, they will struggle to take on HTC in Taiwan, Hong Kong and elsewhere. It's looking interesting for budget-minded phones again as manufacturers have finally woken up to the incredibly affordable Moto G.