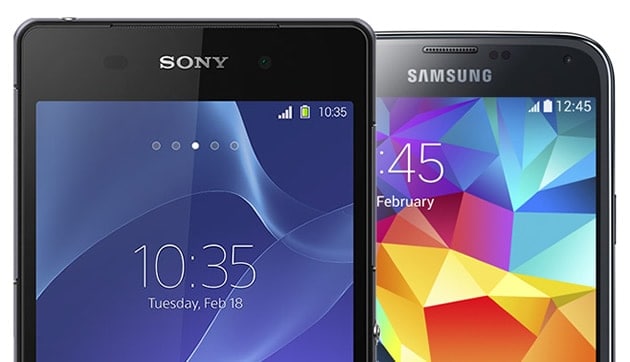 The Samsung Galaxy S5 is the device of 2014 running Android that all other OEm's are planning on defeating. The idea is simple, release a smart phone that out does the Galaxy S5, create demand, and then stock shelves and sites with the device. The problem is, in order to out sell the Galaxy S5, you will need not only the high demand, but enough product to follow through. In that sense, it seems Sony may have to wave the white flag this year already. Sony has already announced the Sony Xperia Z2, and the device has had enough buzz to become a highly anticipated device of 2014. We did a comparison of the Sony Xperia Z2 and the Galaxy S5 with the specs and knowledge we had on the two. The comparison didn't really come to a conclusion, instead it was left to two things, cost and availability. Both devices had an equal amount of pro's and con's. The Xperia Z2 with the metal and glass body, the Galaxy S5 with a fingerprint scanner and heart rate monitor. Both of these devices give high hopes to fans of either company. The question is, why is Sony getting ready to throw up a white flag?

A couple of factors to consider when launching a device are, how to evenly spread out stock amongst the many markets, and how much stock should each market get. Well if we are to follow the breadcrumbs, we will find that Sony just doesn't have the stock to outsell Samsung. The Xperia Z2 has been confirmed to be on store shelves, at least in the UK in early April. The Sony UK PR team made a statement: We're seeing particularly strong demand for Xperia Z2 across all our distribution channels. As with all of our product launches, global rollout is phased across markets and channels. Consumers will be able to get Xperia Z2 in the UK starting from April. This is obviously great news. As consumers, it seems as though April will be the time to choose a new smart phone. At least if rumors are correct and HTC launches in April, and Samsung on April 11th. The problem for Sony, is where we the consumers will benefit. So many choices in such a small frame of time. This means Sony will literally be competing on a store floor level with Samsung. However, will they have the stock to fulfill all orders? According to Sony Mobile France, the answer is simple, the Sony Xperia Z2 is a victim of it's own success.

If Sony removes the pre-order option for the Sony Xperia Z2, than we will definitely know that they can't handle the demand they have created. The only reason they would remove the pre-order option is due to a huge demand for the product, but not enough product to fulfill that demand. Now all we can do is wait, and if you are expecting to get your hands on the Sony Xperia Z2, it is recommended that you stay on top of it, just incase they don't increase production.