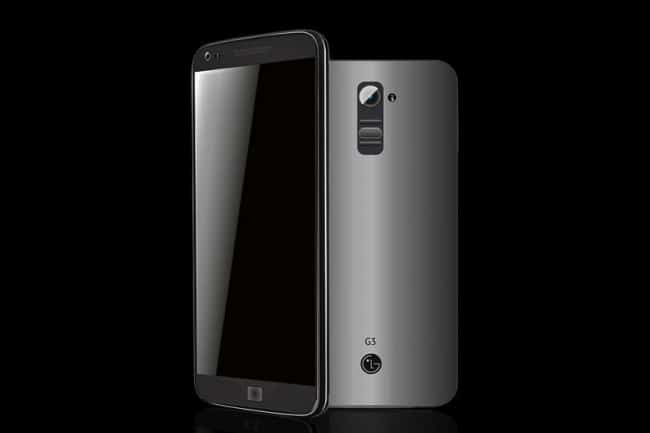 The LG G3 is due out pretty soon, and many of us are expecting great things from LG with this next iteration of the Optimus G. But that’s because LG has set the bar so high with the Optimus G and the G2. The G2 had amazing specs, and still stands toe-to-toe with smartphones announced as recently as this week. With it’s beautiful 1080p IPS display which is basically bezel-less, along with it’s Qualcomm Snapdragon 800, 2GB of RAM, 32GB of storage and large 3000mAh battery which provides one of the best battery experiences out there, besides the DROID Maxx from Motorola. So what do we expect from the LG G3? Bigger and better.

There are rumors that the LG G3 is coming out in the summer, which I’d put my money on around August or so rather than June. Mostly because the G2 was announced in September, and phones usually are announced a month earlier every year, not 3 months earlier. Either way, we’ll have a G3 in our hands by the time everyone goes back to school in the fall. We’ve heard plenty of rumors about the specs as well, like a Qualcomm Snapdragon 805 processor which is due out in the second half of the year. Which I think LG needs to wait for that processor, because slapping a Snapdragon 801 inside the G3 isn’t going to get a whole lot of G2 owners to upgrade, since it’s a very small bump. We’re also hearing rumors that the display could be 2K, meaning a 2560×1440 resolution display. We’re also looking at perhaps 3GB of RAM and keeping the 32GB of internal storage, however LG may add a microSD card slot this year. As the LG G Pro 2 has one, but it also has a removable battery – same as the LG G2 in Korea.

As far as the camera goes, we’re thinking a 16-megapixel with OIS+. Which OIS+ is what is in the LG G Pro 2’s camera, and it takes pretty amazing pictures from what I can see. Of course, it hasn’t been launched in the US just yet, so it’s hard to tell how good it really is without using it myself. But the LG G3 is looking like another spec beast from LG. I just hope they can work on their software a bit more and fine tune it. On the G2, it just seemed all over the place.