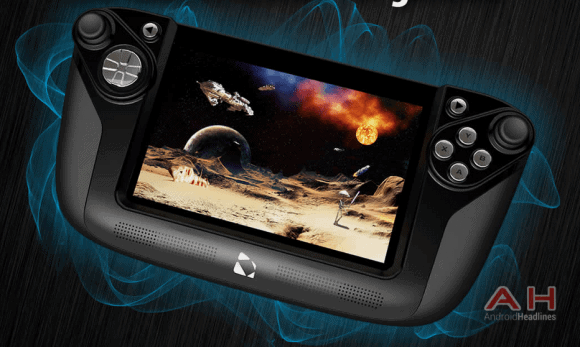 Gamers rejoice! Wikipad has just announced that they're lowering the price of their Android tablet/game controller combo down to $199. Normally the price for this has been $249.99, so it looks like they wanted to give consumers a nice little savings. To be honest, that's not half bad considering what you get. At the original cost it would have been more advantageous to just go with the Nvidia Shield in my honest opinion, but now that the price has dropped by $50, the wikipad gaming tablet is looking quite a bit better. You can grab one of these for just $199 if you live inside the U.S., but we're sorry to say that the price cut is limited to the United States at the moment. The good news is that Wikipad has stated that price discounts for the device in other regions will be announced at a later date. Hopefully that doesn't mean too much later for those of you outside the U.S.

The Wikipad gaming tablet can be used for all kinds of gaming needs. If you wanted a dedicated gaming experience on the go with a physical controller setup, this is a pretty good solution next to pairing a MOGA with your phone instead. The Wikipad comes with a couple games installed on it, so you can play right out of the box if you wish. We understand the need, no judgement here. The games that come pre-loaded are not just any games, they're both a couple of the greatest titles out there on mobile currently. Extremely fun, and action packed. And, both from the same game studio and one of our personal favorites, Madfinger Games. We're talking about Shadowgun: Deadzone, and Dead Trigger 2. See, both awesome right? We thought so too.

Another great thing about all of this is that Wikipad added in a new tool to use with the gaming tablet, that is perfectly suited for games that don't have gamepad support. This is a new controller mapping tool that allows you to map touchscreen based controls to the wikipads physical controls and buttons, so you can game on proper with a controller like experience all day if you want to. We think it's also worth mentioning that this isn't just a gaming device, the Wikipad is a full 7-inch tablet that can be detached from the gamepad portion. It runs Android Jelly Bean 4.2, and it'll work just like any other tablet out there. So that means you can utilize whatever apps you wish. So long as the app is supported of course. If this sounds like a deal you want to take advantage of, you can grab it on Amazon from the link below.