While HTC themselves are preparing for the launch event that happens in just a little over four days from now, Verizon is preparing for the launch of the handset on their network it seems. According to these images Verizon is already receiving the marketing materials for the HTC One M8. These materials may or may not already be hanging around in your local retail Verizon Wireless stores, but it would seem that they are definitely hanging around waiting to be put on display.

In the marketing collateral which looks to be one of the large posters you often see hanging up in carrier stores, you can see a nice image of the phones back itself, alongside the phone inside the HTC LED phone flip cover that we saw not too long ago. The flip cover case, although we don’t know much detail wise about it just yet, looks to function much like a smart cover case that Samsung has for their Galaxy S and note devices, giving users the ability to see little bits of information like notifications, the time and the date, and weather, just by glancing at the front face of the cover. Samsung’s smart covers have a viewing window while the HTC cases seem to provide the information with little led lights that turn on and brighten up.

We already knew that HTC was going to be calling their new flagship by what everyone thought was just an internal codename, which the poster only solidifies as the device name as you can see by the text at the top of the image, it displays  The all new HTC One(M8). So far it seems that every major carrier will be in line to sell the new device, although we have to wonder if any of them will begin making it available minutes after its unveiling like Carphone Warehouse. If not, some lucky consumers in the UK will be getting their first taste of the new phone before anyone else. The official event is only half a week away, and we’ll most likely know as we approach the date if any other retail stores or carriers will be selling the phone on its announcement day. 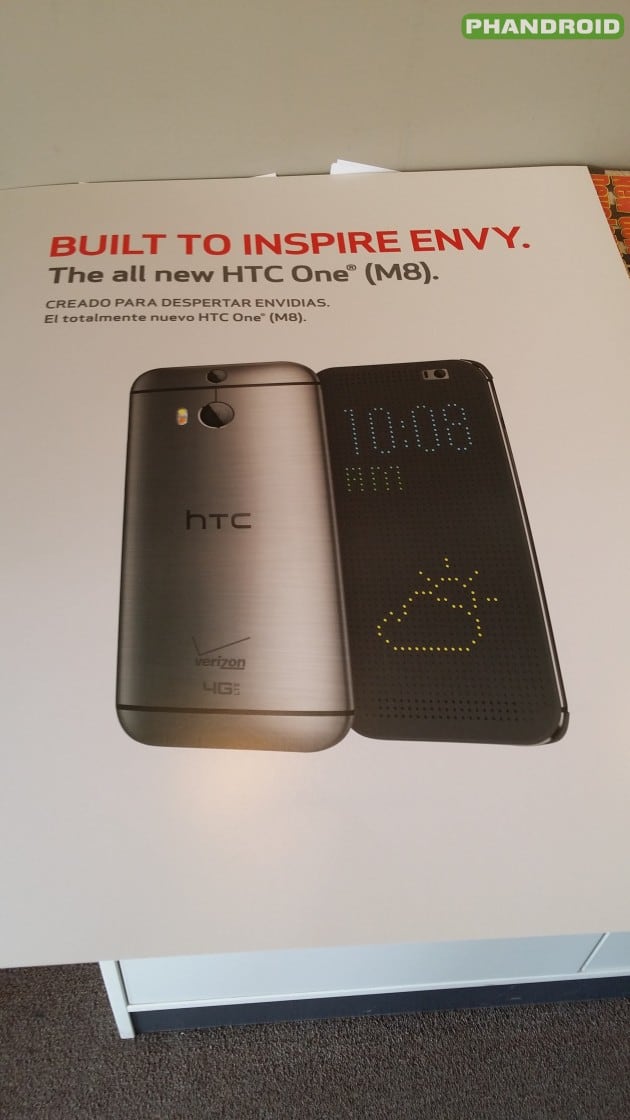