Skip to content
Trusted By Millions
Independent, Expert Android News You Can Trust, Since 2010
Publishing More Android Than Anyone Else
42
Today
151
This Week
241
This Month
8377
This Year
125854
All Time 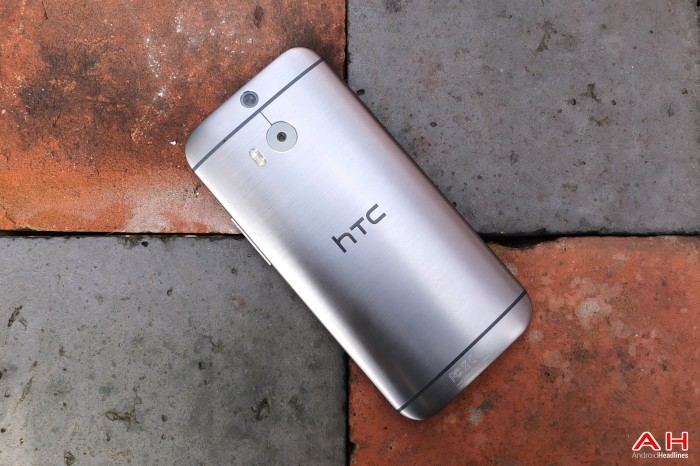 Today, HTC has finally officially announced their latest and greatest Android smartphone, the All New HTC One M8 is available to order right now in the US directly from HTC’s website and features more of the features we loved about last year’s model. Building on what HTC created with the HTC One last year, the M8 model brings with it refinement in practically every area. It’s faster, it’s more comfortable in the hand, has an improved camera and all of the same features that were so popular last year, like BoomSound and BlinkFeed are still here, too.

The all new HTC One features a Unibody design that’s rounded and better suited to sit in the palm of your hand and HTC have been making a lot of noise about the coating used on the device’s exterior, and the sensitive antennas embedded in the device to combat the interference metal has on radio signals. All-in-all, HTC have created one of the best-looking and well-built smartphones once again, building on last year’s excellence.

It’s also got some more interesting software features. HTC’s Sense 6.0 features custom themes and fonts as well as SenseTV, which allows you to take a look at live soccer scores and results wherever you are. Under the hood, we’re looking at a Snapdragon 801 clocked at 2.3 Ghz and 2GB of RAM, all powered by a 2,600 mAh battery. The screen has grown to 5-inches here, but keeps its resolution of 1920 x 1080, with onscreen software buttons used this time around instead of the bizarre two-button arrangement of last year’s One. The main attraction here being the newly improved camera modules, one of which is a standard UltraPixel model as we we saw last year, and the other is a run-of-the-mill shooter. The pair come together to form the Duo Camera which has some pretty awesome photo tricks, like being able to refocus a photo after you’re taken it and more. We have more info on the camera on the site as well, for all those photography nuts!

There are some changes from last year’s model that should appeal to a lot of people, there’s now 16 or 32GB models with microSD card expansion and it’ll even take up to 128GB in expanded storage. This year’s One makes use of Nano SIMs on GSM networks and has support for LTE on all major networks across the globe, too.

Unlike last year’s model, the M8 will be available on AT&T, Sprint, T-Mobile and Verzion from day one with either one of them available to order starting today in the US. That’s a big improvement over last year’s One that struggled from production issues and took an age to reach Verizon, the US’ largest carrier by far. With excellent software features in the form of Sense 6.0, those great BoomSound speakers and an intriguing camera setup the HTC One has some excellent features onboard. However, it’s so much more than the sum of its parts and the HTC One is definitely going to be a device to watch. With both Samsung and HTC building on successful experiences with the new HTC One and Galaxy S5, have this year’s biggest devices (so far) disappointed you, or have they gone the right way? Let us know in the comments below!