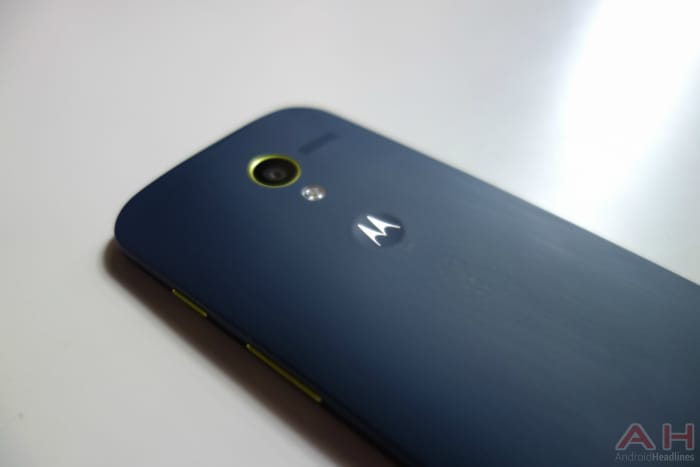 We know that the Moto X has had Kit Kat for a little while now, but not all the variants have gotten their update to 4.4.2 yet. It's time for Sprint to step up to the plate and start rolling out their Android 4.4.2 updates to users on the Moto X, and it looks like they are poised to start pushing out those updates soon. If you've been enjoying the features and the few minor improvements that 4.4.2 has to offer, then you know what Sprint users have been missing out on. Thankfully users of the Moto X on Sprint's wireless network won't have to wait much longer. The Motorola support pages have recently listed the build number 161.44.32, which is the same build that T-Mobile and Verizon users have already gotten their hands on.

This is a fairly small update in terms of what it brings to the tablet, but an update is an update nonetheless and any improvements or enhancements (no matter how small or minor) are definitely a good thing. That is of course unless you were part of the unlucky group of Moto G owners that have been losing signal due to the update recently. As for those on Sprint that are going to start seeing this update pushed to their devices, you should see the Google Cloud Print support pop up, as well as experience improved battery life and the usual enhancements and bug fixes like the one for email sync. You might notice some improvement in performance, but any and all performance will probably be fairly minimal.

The updates are done with testing and should begin rolling out shortly, and as always updates are expected to be incremental so not all Sprint users across the country will be getting this update at the same time. You can wait for the update to hit your status bar and proceed to download and install the update when it notifies you of its availability, or you can periodically check for the update by going into the settings menu and navigating to about phone, then to software updates and tap to refresh. It should be obvious, but it's a good idea to make sure that you have a decent charge before updating.