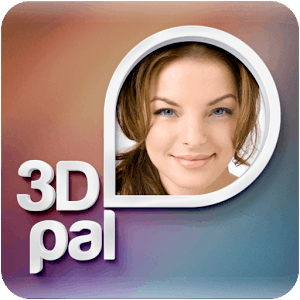 Description: 3D Pal is a new type of voice assistant for Android that aims to provide the same sort of functionality as Google Now, Siri and co, but with an added level of familiarity. 3D Pal is built around some very clever technology that turns a simple photograph into a moving face that simulates someone talking in front of you. Moreover, you can take a photo of whomever you like to use as your 3D Pal, be it a celebrity or a member of your family. 3D Pal is a fun take on the serious business of voice recognition and automated tasks. There's no doubting the technology behind the 3D face, but is 3D Pal more than just a pretty face? Read on to find out.

How it Works: First of all, you'll need to download the app from the Play Store, once you've done that you can start speaking to your new friend. When you first launch the app, you'll be introduced to your friend. 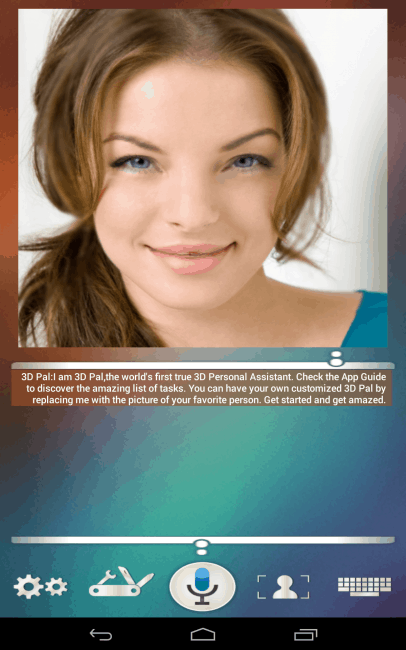 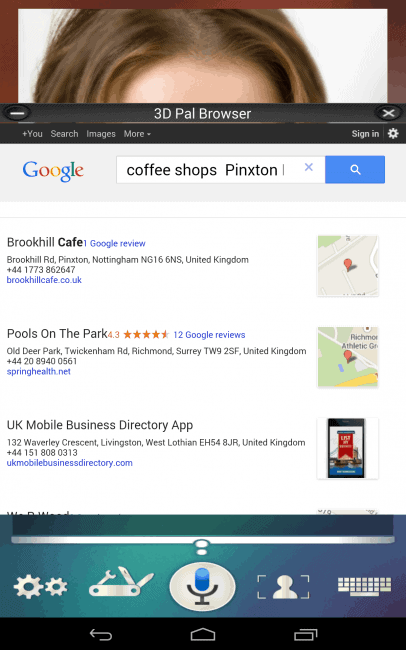 The majority of questions are opened in this browser window, but at times, you'll be sent to a specific app. Such as Google Maps when you ask for directions somewhere. 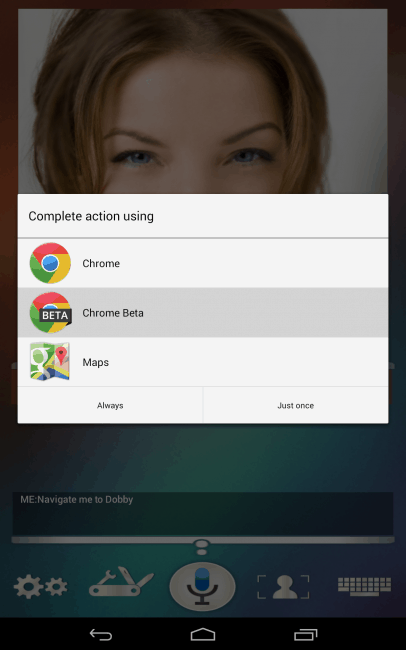 You can have your 3D Pal read out headlines and such, too. 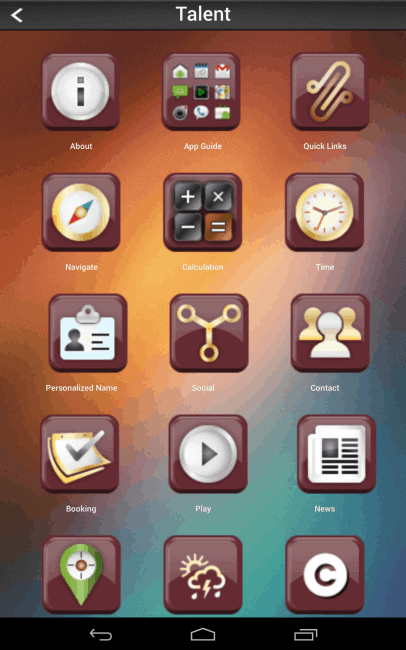 When you choose whichever headlines you want to be read out, you'll see a list of them, and your 3D Pal will begin reading them aloud, and you can click on a single story to read more about it. 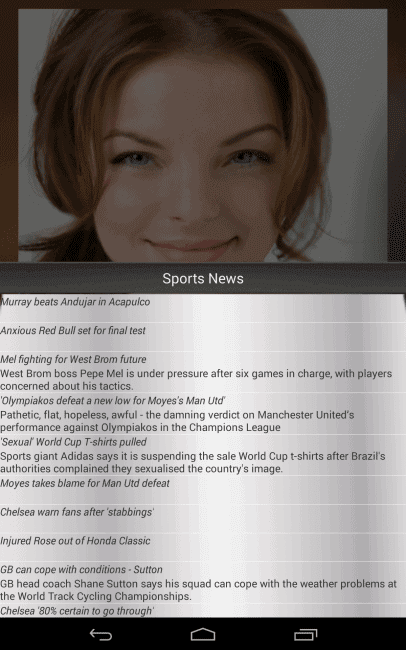 There are a bunch of settings you can choose, with the most important being the ability to choose whomever you wish to be your 3D Pal. 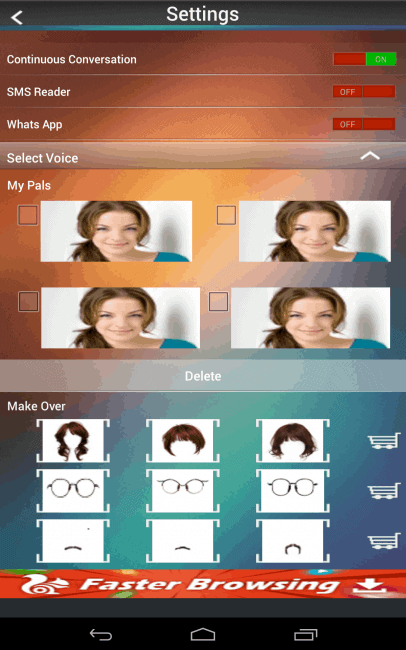 Opinion: Since the voice recognition side of things is handled by the same engine in Google Now, the app has no problem with recognizing what you're saying. That's not where the issues like with 3D Pal. Instead, 3D Pal loses its sheen when you look closer, it's not a particularly good-looking app on tablets, and the menu system leaves a lot to be desired. The 3D side of things is pretty remarkable, whomever you choose to become your 3D Pal will look realistic and believable. It's strange, but I can see 3D pal being more useful to kids or the elderly than the everyday user, which isn't to put the app down at all. With some added polish and tightening of nuts and bolts, 3D Pal would be a much more approachable Android app.

Conclusion: 3D Pal is a fun app that makes the best of facial technology to give you an almost real person in your smartphone or tablet and delivers a very personal touch, indeed. However, other than there's not too much to 3D Pal and ultimately feels more like a tech demo than anything else. It is functional though, which is good because those who take to the personal touch won't be too disappointed. With extra items charged as in-app purchases and a paid version also available it can get quite confusing, but everything is easy enough to use and work with. Added polish is needed to improve on 3D Pal, and if the developers can better build around the excellent technology at the heart of things here, then they'll have a great app to offer Android users.