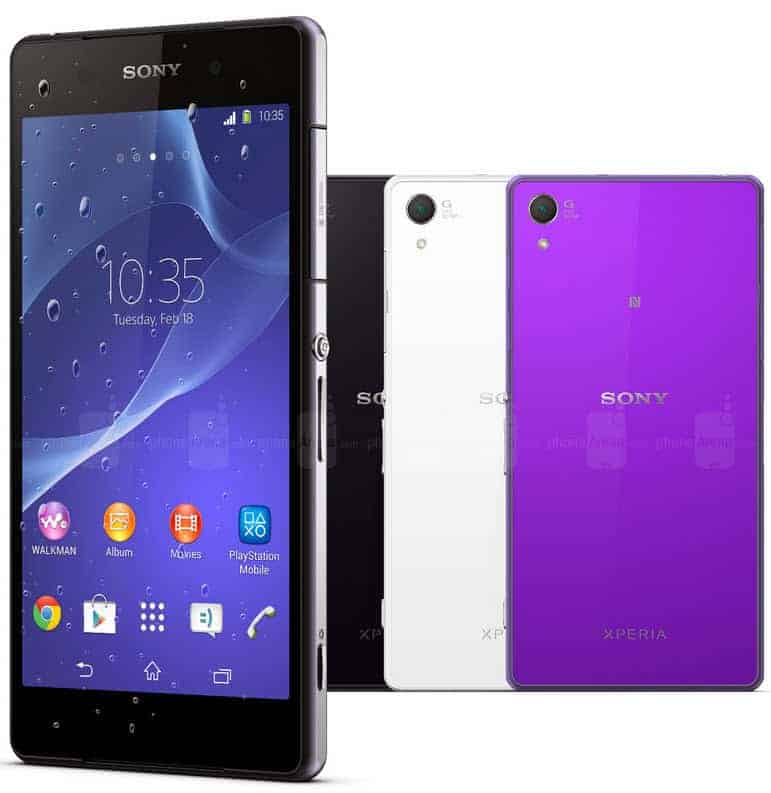 Sony says that they want to expand their sales in the U.S., but they never seem to make any head way – they are extremely expensive and they never seem to have the distribution channels in place to get their devices into our hands in a timely manner. That latter point I can not understand – they sell TVs and stereo equipment galore in the U.S., yet they cannot use those same distribution channels to funnel their smartphones over the U.S. borders?

Things were going to be different this time around – Sony just unveiled their new flagship, the Xperia Z2, at Mobile World Congress (MWC) in Barcelona at the end of February, it was met with enthusiasm, and we were told that it would land in the U.K. by April 11 and hopefully soon follow into the U.S. But as so often happens with Sony devices, there will be a snafu at launch time.

According to our source, the website Esato has been very accurate in the past for predicting Sony news, has just said the will be a worldwide delay in the Xperia Z2's launch due to supplier issues – they would not say which supplier(s) are involved, only that it was not Qualcomm that will be supplying the Snapdragon 801.  They are saying that the Xperia Z2 will only be available in limited quantities in the beginning and this will affect Europe as well. The original launch was supposed to be sometime in late March and arriving in the U.K. by mid-April, however, it is looking more like the end on April or the first of half of May. This news is not good for Sony who was trying to beat the Samsung Galaxy S5 to market – if the delay is too long, the Xperia Z2 could be squaring off with the HTC's All New One as well.

The new Xperia Z2 is a beautiful smartphone formed out of glass and metal – it has a 5.2-inch Full HD IPS display with 1080p resolution, an upgraded version of the Qualcomm Snapdragon 800 quad-core processor clocked at 2.3GHZ, with 3GB of RAM and 16GB internal storage, all powered by a 3,200mAh battery. The camera is a special 20.7MP main camera and a 2.2MP ffc for video conferencing and selfies. It will run the latest Android 4.4.2 KitKat.

Let us know on our Google+ Page if you are waiting for the Sony Xperia X2 smartphone to arrive on your carrier.