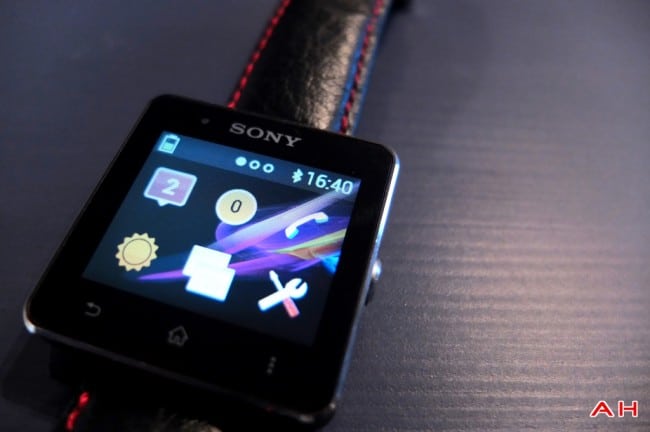 Yesterday, Google made a pretty big announcement on the wearable technology front. Android Wear has a whole bunch of partners on the books to bring Android to our wrist, but two companies were not so curiously left out; Sony and Samsung. That's more than likely because Sony and Samsung have their own Smartwatches on the market, and have done for quite some time. We reviewed Sony's SmartWatch 2 a while ago and found it to be a decent device, with some serious gaps in need of filling to fix the overall experience. It's a shame that Sony has yet to work on them, although a big update is said to be on its way.

Today though, Sony has made the announcement that they've partnered with Spanish Airline, Vueling, to deliver boarder passes to their SmartWatch 2. Sony is calling this the first boarding pass you can wear, which we suppose is accurate, but all this really does is put a generated QR code onto your wrist for quick scanning at the gate. No matter though, as that's perhaps good enough for most people. It's disappointing to see this only announced for one Airline, but what we need to remember here is that it's up to them to adopt new technologies like wearable computing. Yesterday's announcement of Android Wear treated us to a video of a woman hurrying through the gate and quickly scanning her boarding pass, soon Sony SmartWatch 2 owners will be able to do the same.

With Sony not being listed as one of the many partners on board to create an Android Wear device, it leads us to ask the question of where Sony is going to be headed next with their SmartWatch line. After all, it's going to be hard to go up against Google's integration with their own operating system. Still, there are a lot of fine things on the horizon for smartwatches in general, and we can't wait.