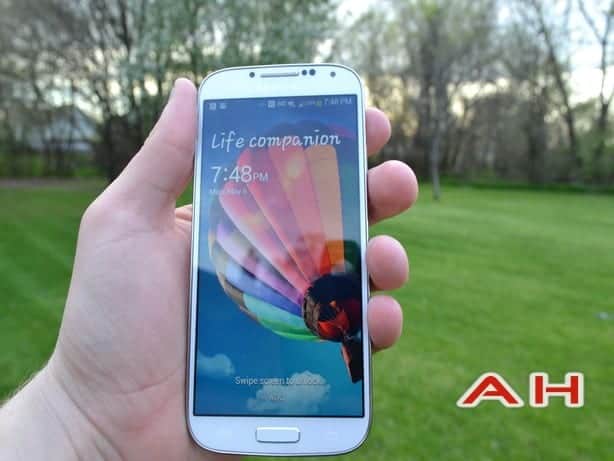 Here we are with yet another KitKat OTA. This is a great thing. It used to be much longer before we'd even think about seeing an OTA for a new version of Android, it's nice to see the carriers and OEMs working faster to get these updates out the door. Earlier we reported that T-Mobile's Galaxy Note 3 was getting the KitKat treatment today, and now it appears that the Galaxy S4  in parts of Asia and Europe are getting the update as well. The OTA is said to be between 350 and 400MB in size. So now that we are seeing it hit parts of Europe and Asia, it wouldn't be surprising to see it hit other countries really soon.

KitKat on Samsung devices isn't anything new, so we pretty much know what to expect. As we saw it on the Galaxy TabPRO's and the NotePRO at CES, and again on the Galaxy S5 at Mobile World Congress last week. The only real visual change we see is that the icons in the status bar are now white, like Google intended in KitKat. Which I do really like, and it appears that all the OEMs are following that guideline in KitKat. Otherwise, we're looking at plenty of under-the-hood changes, and things like Immersive Mode and built-in cloud printing support.

You can jump into Settings > About Phone > Check for Updates to try and pull down the OTA now. Just be sure to NOT clear the data on Google Services Framework, as that will put your device at the back of the line for the OTA, and we don't want that, right?

If you're in Europe or Asia and have a Samsung Galaxy S4, be sure to leave a comment down below as to how the update is working out for you. It'll help out others that are waiting to accept the OTA.