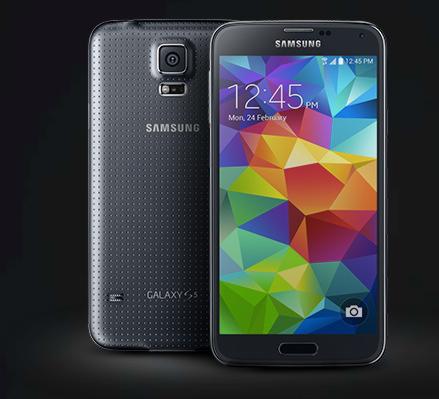 The Samsung Galaxy S5 is set to grace our paths around April 11, and some fans are eager to get their hands on the device while others are criticizing the device based strictly on TWO reasons – first that it is a Samsung product which means a physical button, a polycarbonate body and Touch Wiz, and secondly they do not like the design on the back, which has been described as looking like a 'Band-Aid.'  It will directly go head-to-head with the recently released HTC One M8 and the HTC fans are frantically defending the new rendition as the greatest device ever released and poo-pooing the new Galaxy S5 as a "cheap piece of plastic."

Many Samsung supporters are a little disappointed (myself included) that Samsung followed the same path that HTC took – making evolutionary changes, not revolutionary changes – how can this Galaxy S5 compete without a metal body or dual stereo speakers?  But, as critics were able to get their hands on the Galaxy S5, all of a sudden it is being touted as a very solid device.  We are only going to look at the display in this article, but the display is one of the most important items on your smartphone – after all we look at it every time we turn our device on. Today, DisplayMate, one of the most respected labs when it comes to displays has just tested the new Galaxy S5's Super AMOLED displays and flat-out declared it as "the Best performing Smartphone display that we have ever tested," and that is saying something.

One of the biggest obstacles was that OLED displays simply were not up to the LCD based displays, but their testing has shown that over that past four years the OLED's are improving at a very impressive rate and "are now challenging and even exceeding the performance of the best LCDs."  They found the Galaxy S5's display to be a major improvement over the Galaxy S4 and a significant improvement over even the Galaxy Note 3.

Some of the areas where the Samsung displays have improved or exceeded LCDs are – Brightness, with over 400 cd/m2 – Super Dimming Mode down to just 2 cd/m2 for working in dark environments – Color Management with Multiple Screen Modes, such as Adapt Display, Dynamic, Standard, Professional Photo, and Cinema that allows the user to select the best display for personal preference – Power Efficiency where the S5 has an impressive 27-percent increase over the S4 as well as the Ultra Power Saving Mode that can lower the screen brightness and set the background to black – Screen Uniformity is also where OLEDs excel over LCDs which often show hot spots and shadows – Viewing angles are greater with the Galaxy S5, whereas LCD's typically experience a 55-percent or greater brightness decrease at 30 degrees, the S5 is only 22-percent.

The Galaxy S5 is running the newest generation of Samsung OLED displays since the Galaxy Note 3 – the Galaxy S5 is not simply running a larger display than the Galaxy S4, but a next generation and DisplayMate has come to the conclusion that this Galaxy S5 OLED display is – the Best Smartphone Display, the Cinema Mode has the "most accurate colors" they have ever tested, has Beautiful Picture Quality, and Power Efficiency is 27-percent more effective than a Full HD LCD display when tested with a mixed range of content.

Give us a shout on our Google+ Page what you think about the Galaxy S5's new display – sounds pretty impressive and I cannot wait for Alex to get one in his hands for testing.