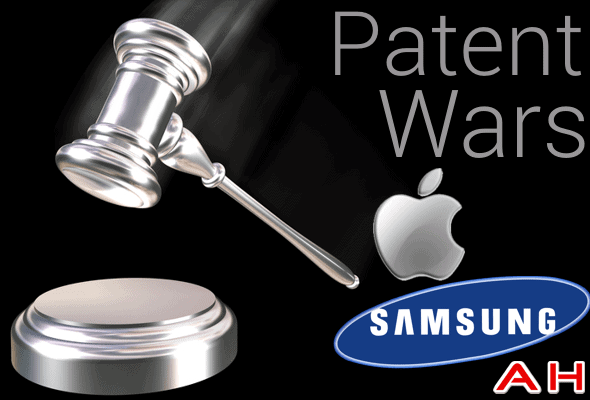 After a long and painful experience of being exposed to the trial between Apple and Samsung, which Apple won damages in to the amount of $929.8 million from Samsung due to infringing on patents(so they claim), it looks like we might have to sit through even more trials between the two behemoth manufacturing companies. According to Apple, Samsung is infringing on more of their patents, this time around the devices in question are the Samsung Galaxy S III, and the Samsung Galaxy Tab 2. The word is that Samsung is infringing on five of Apples patents with the two different devices, with the two most noticeable ones being for universal search and slide to unlock. Judge Koh, who presided over the first trial will be the Judge for this second trial as well.

With this second trial Apple will be attempting to get a verdict they were hoping to get in the first trial, and that is to see Samsung's infringing devices banned from sale here in the United States. Although they were awarded a fairly large sum of money to atone for the infringements, Apple wanted more than that and they will seemingly stop at nothing to get at least some of Samsung's devices banned. Seeking a permanent injunction may seem to be a little pointless at this moment, as the Samsung Galaxy S III and Galaxy Tab 2 are actually fairly old devices, so it seems a little silly to attempt to receive a ban for devices that are barely sold at all at this point.

The trial this time around might not last quite as long, as it could only end up running through the month of May. Both companies have apparently declined to comment on the trials. Apple continues to seek justice for what it believes to be a copy of their hard work, whether it be Samsung's designs or Google's Android OS as a whole. Samsung is well known as the major player in the Android ecosystem when it comes to the highest selling number of devices, so it could be considered a shot at Google is achieved the easiest by attacking it's biggest OEM partner. The trial is due to begin tomorrow.

Advertisement
Trusted By Millions
Independent, Expert Android News You Can Trust, Since 2010
Publishing More Android Than Anyone Else
12
Today
12
This Week
13
This Month
4778
This Year
106255
All Time
Advertisement