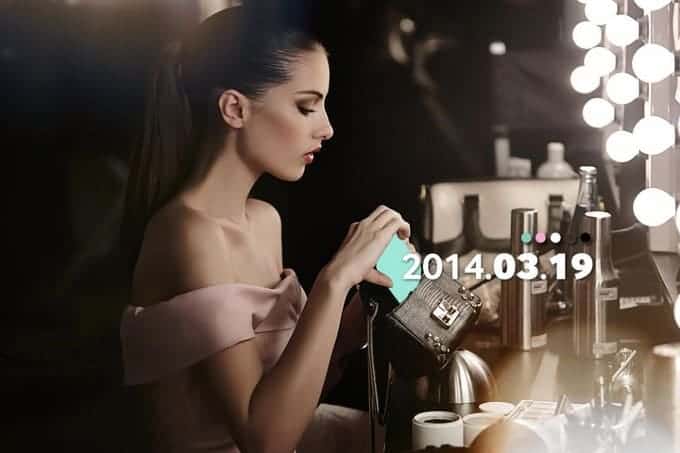 According to Samsung Russia, that would be a yes. We’ve been hearing for months now that Samsung has a high-quality device coming soon, and it appears that soon is tomorrow. Here’s what Samsung Russia stated on Twitter. “Such a thing hasn’t happened before. Tomorrow #Samsung will present it’s new high-class device to the world. Curious to know what it’d be?” Of course we’re curious! Why wouldn’t we be?

The picture that Samsung Russia tweeted out, which is shown above, we see a lady pulling out a turquoise thing out of her purse, it appears to be rectangle, and more than likely a smartphone. There’s also 5 different colored circles above the 2014.03.19 date (that’s how other parts of the world write the date, here in the US that means March 19th, 2014). The colors are turquoise, pink, white, brown and black. It’s definitely going to be very interesting to see what this “high-class” device is all about from Samsung. We’ve heard rumors of it being aluminum, also having a 2K display, and many other things. But one thing is for sure, it’s not a third flagship for Samsung, as they would have done an event for it. Heck they did an event for the Galaxy S4 Mini, Galaxy S4 Zoom, and Galaxy S4 Active.

So tomorrow, I guess we’ll see what Samsung has in store for us. We’ll also see what OPPO has in store with their Find 7 which will finally be announced. Which that could be why Samsung is announcing this “high-class” device tomorrow. To simply take away the spotlight from OPPO, could big ole’ Samsung be jealous? I doubt it, but it’s interesting timing to say the least.

I don’t know about the rest of you, but I’m definitely interested to see what Samsung has in store for us tomorrow morning. As always, make sure you keep it locked to AndroidHeadlines.com for all the latest on this high-class device from Samsung tomorrow.