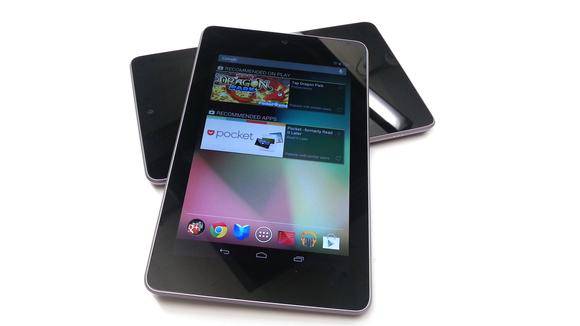 Google could potentially working on an 8-inch Nexus Tablet for this year, and it's possible that Intel could be the chip they use to power the device. So far we've heard a few rumors regarding Google replacing the Nexus 7 line with a new 8-inch size screen device, but as we draw closer to Google's annual developer conference, more and more rumors seems to be surfacing about this yet unconfirmed piece of hardware. We may indeed see a brand new tablet in the Nexus line of devices, although it's unlikely that we'll see a brand new version of the Android OS come along with it as rumors are speculating the next iteration that we see will be 4.5.

Other rumors state that the Intel's Atom Moorefield quad-core processor which runs on the 64-bit architecture, will be the chip that will be used inside of the tablet, and that ASUS will be the company that manufactures the tablet. The Nexus 8, and all the details are rumored to be showing up at the annual Google I/O event later this year, which is scheduled to happen on June 25th. On the graphics side of things, the rumored Nexus 8 is said to potentially use the new PowerVR G6430 GPU, which is said to perform at over 20 times faster than previous model GPUs. Alongside ASUS, there are also rumors floating around that Lenovo may be the next in line to deliver whatever the Nexus 8 tablet. The rumors about the Intel Chip seem to have started once Intel announced the arrival of a new mobile chip at Mobile World Congress, which might be near ready to ship out to device manufacturers.

So far there are really no concrete details about the Nexus 8 tablet, or what sort of components will be inside. Google could indeed choose to go with a completely different processor type this time around, or stick with Qualcomm for the chip, which has been the processor brand they have used in the last three nexus devices. What do you all think about the rumors of a new 8-inch tablet and the potential of Intel being the power behind it? Is it more likely than what we're used to seeing from Google and the Nexus line?