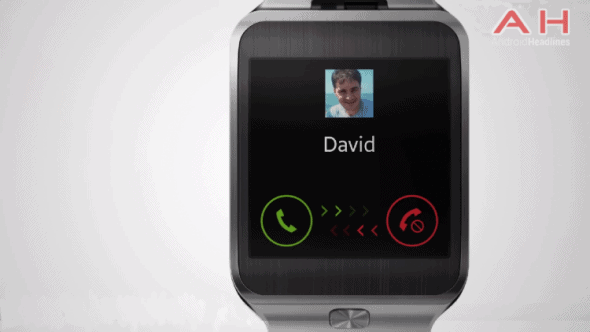 There has been so much buzz around Android Wear since this morning that Samsung could have almost been forgotten, but don't worry Samny fans because now that all the excitement with Google's new wearables software build is starting to wind down for the day, we have fresh rumors regarding what Samsung may be working on in the wearables department for the future. According to the Korean Herald, Samsung may be working on a Gear 2 smartwatch that has independent calling capabilities, which would certainly be something to see. Currently the way the Gear 2 and really all other forms of smartwatches that have the ability to answer and make phone calls, use the connection via Bluetooth to your handset to actually place the call. The smartwatch isn't really doing any work here as it's serves the same purpose that a Bluetooth headset would. It's the conduit, the vessel. This new rumor states that Samsung is reportedly working on a new version of the Gear 2 smartwatch to be released later on this year, that will have a USIM module built inside of it. Having a USIM inside for those that are unaware is what would make it possible for this alleged new Gear 2 smartwatch to make a phone call without having to connect it up to your actual smartphone device. The rumor further goes on to explain that if actually released, it would start out as only being initially offered in Samsung's home market of South Korea, but that the possibility of it coming to other markets is something we shouldn't dismiss. This is of course assuming that Samsung is indeed working on such a product. Right now there are a few hurdles that Samsung would have to overcome before they seriously consider releasing a device like this, and a major one is battery life. The battery life is said to be better on the Gear 2 devices, but ultimately it would still need some improvements to cover the heavy drain that would undoubtedly come from being able to make phone calls all on its own. Second, a smartwatch that can also make independent calls sounds like it would cost quite a bit more money, and the Gear 2 is already fairly expensive for a wearable piece of technology in the smartwatch market. After everything we've seen today with the many companies that are going to start offering smartwatches with Android Wear, do you see this as something that could make in the US market, or anywhere? Would you buy one?