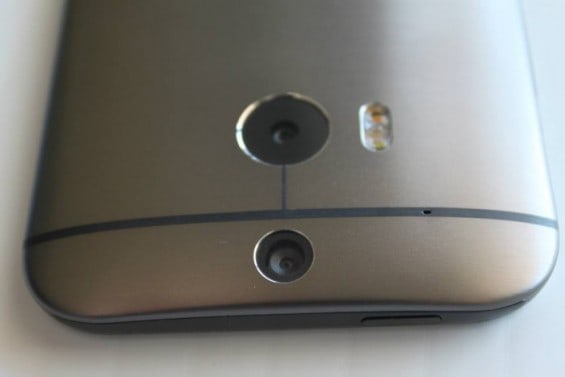 Were closing in on the major announcement from HTC which is scheduled to happen at 11am EST here in the states,(that's 8am for us over on the west coast)yet there are still more leaks for the new One M8 that keep popping up ahead of the announcement. HTC has done us the great favor of putting up a countdown page leading up to the start time of the event tomorrow morning, so if you're keen on keeping up with it until the moment hits you can do so. The newest leaks come our way via the Rogers website, who has apparently posted up the device for sale with images and a moderate list of specs a day ahead of time. Among all the other leaks we have already seen including two extremely lengthy videos detailing features and specs of the phone, this definitely takes the cake as it actually made the phone available for order.

The webpage where the phone was listed has since been taken down since we first clicked on the link, but upon going back to it to grab the link for this post the page states that the items were removed. We were able to procure some photos before than but you can no longer access the reserve listing on the Rogers site. It's a shame, but just like the leaked videos, we didn't expect the site listing to stay up too long before it was pulled down. Especially when you consider the phone is being announced tomorrow, and will be available immediately after the announcement through Verizon, with T-mobile being rumored to follow suit tomorrow at midnight.

As for the specs, before the page went nowhere you could see that they had a complete listing of what the device will have to offer in the hardware department. We'll touch on the camera first, as it stated the phone had an ultrapixel rear camera. with a front facing 5MP camera to boot. It was also listed to have a 5-inch HD super LCD3 display, 32GB of storage and up to 64 expandable through the microSD. Other specs listed were the talk time which was listed as up to 21 hours(which of course varies based on use) and the Android 4.4.2 version of the OS. Pretty much everything was listed, even the price at which the phone was to be sold through Rogers, which was as low as $229.99 on select 2-year contract. The rest of the specs can be seen in the image below, as well as a couple extra shots of the device.