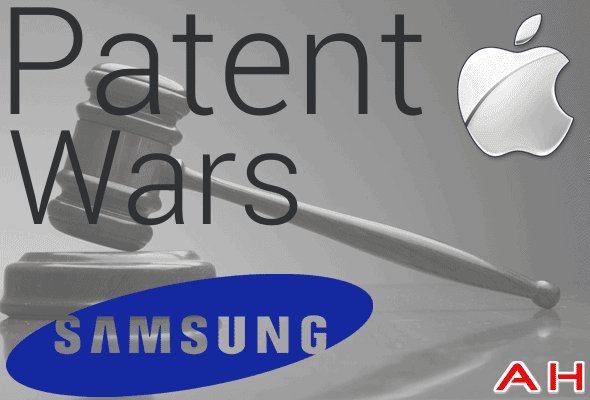 And so the patent wars continue!  Back in 2011 we predicted that the wars would last a nice long while, and we seem to be right so far! In a previous article I mentioned how the two tech giants would be going in front of Judy Lucy Koh, and they have done so.  In this round of the wars, Apple was looking to gain a permanent ban on Samsung products due to the patent infringements that have been awarded thus far.  Specifically, they were looking to ban 23 devices, and most of them have already been discontinued by Samsung.  Apple's rationale is that doing so would set legal precedent for the future, perhaps allowing them to gain bans on products that are more competitive with current Apple devices.  Even though the case could be viewed as a victory for the Korean technology company, they still have some legal debts to pay… Samsung was ordered by the court to pay a total of $930 million to Apple, which is less than the original sum of $1.05 billion, but not by much.

Judge Koh felt that the ruling had to reflect the fact that people did not purchase Samsung products explicitly because they violated Apple's patents, and that should the ban go through, Apple would gain some serious competitive advantage in the mobile field.  As she put it, "To award an injunction to Apple in these circumstances would ignore the Federal Circuit's warning that a patentee may not 'leverage its patent for competitive gain beyond that which the inventive contribution and value of the patent warrant.'"

Of course, both companies can appeal their rulings, and they most likely will given how much litigation has gone into this already.  As if to put icing on the legal cake, the companies are headed back to court again this month to fight over a totally different set of patents, which could just keep this vicious circle of legal action going for the foreseeable future.  The Patent Wars, at this point, seem to be more of a publicity stunt and competitive movement rather than a justifiable legal action.  Apple seeking to ban Samsung devices just to set legal precedent for the future seems like a move that is based more on removing their competition rather than seeking damages for an infringed patent.  Of course that is just my humble opinion.  Feel free to agree or disagree with me down in the comments!