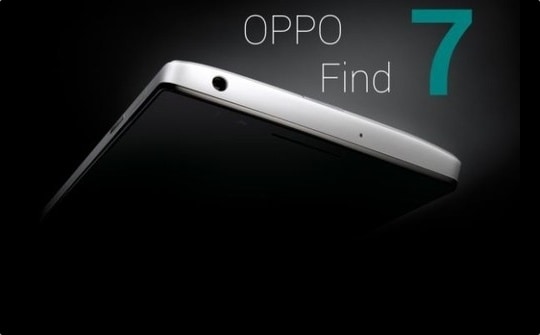 The launch of the much awaited Samsung Galaxy S5 has been nothing short of luke-warm. In fact, the general consensus is that the Samsung Galaxy S5 did not meet the high expectations that consumers have had for the smartphone. As an alternative, the All New HTC One also seems to have built upon the strong features of its older sibling, the first generation HTC One, and can be seen by consumers as a viable alternative to the Galaxy S5. However, there is another entrant which has the potential to beat both these flagships hands-down. We talk about the Find 7 from the Chinese manufacturer Oppo, who had wowed us with their first device – the Oppo Find 5 – last year.

The same strategy that saw the Oppo Find 5 become a success has been replicated with the Find 7. Oppo has once again married great hardware specifications, with good build quality, a high-end chipset, a top-of the line display and a great camera resulting in a stunning device – the Oppo Find 7. In the latest leaks, we get to see some official-looking renders, which probably were being readied for a press release. The renders show as a device which is definitely a gem in terms of looks alone. But the beauty of this device isn't just on the surface, the Oppo Find 7 boasts of a 5.5 inch display which offers a 1440 x 2560 resolution, in marketing-speak this translates into the fabled 2K display resolution – something the Galaxy S5 nor the All New HTC One offer. The Find 7 will be powered by a quad-core Snapdragon processor and will be juiced up by a huge 4000 mAh battery. In terms of camera specifications, the rumor mill had been abuzz with leaks stating that we could see a 50 mega pixels (MP) camera on-board. However, we can assume that a 13 MP primary camera would grace the device. The Oppo Find 7 would be a fantastic alternative to the current flagships from high-end OEMs, especially given its sub-$600 rumored price.

We would again advise you with using caution because a lot can happen between any leaks coming out and the final product announcement. In the meantime, do let us know your views on the Oppo Find 7 in the comments below.