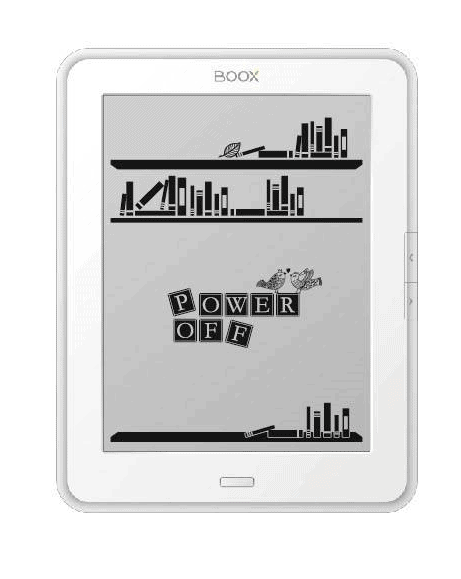 We recently reported about a company called Onyx that would be releasing a new smartphone similar to the new YotaPhone 2, but would only come with a single e-ink display instead of the dual LCD/e-ink setup like the YotaPhone 2. The smartphone that Onyx is reportedly working on to release later this year is appropriately called the InkPhone, which seems like more of an e-reader with smartphone capabilities than a smartphone, but we assure you it's both. Onyx looks to be gearing up to offer more than just the InkPhone though, as they have recently put out a teaser via a spec sheet for a new e-reader they are working on, that will carry an e-ink display with high resolution.

As reported by The Digital Reader, Onyx appears to be working on an e-reader that is currently in development, with an 8-inch display that has a resolution of 1600 x 1200. The e-reader in question is called the Onyx Book i86, and is said to be running Android 4.0 Ice Cream Sandwich. The software is admittedly a couple of versions behind, but this isn't the only device that we'll see this year that isn't utilizing Google's newest version of the mobile operating system. Other specs and features include a 1GHz processor and 512MB of RAM,(which is certainly enough to handle Android 4.4)4GB of internal storage space, and a microSD card slot in case you need to expand on that. We see this as a possible option for those who read a lot of books and will be looking to keep near an entire library's worth of content on this one device.

You'll also find that Wifi and Bluetooth are supported with this e-reader, and it's said to have a headphone connection port for use with hardwired earbuds or headphones, and seems to have at least one speaker. Given these multiple potential options for audio, it seems that you can utilize audio books as well as e-books for this device, an use one of three options for listening which consists of headphones, the speakers or a bluetooth headset. There is no word on what this device might cost, but we do know that it will support a wide range of file formats for e-books as well as other files, which includes, PDF, Epub, FB32, Doc, CHM, HTML, rtf, and MP3 playback. If you're in the market for a new e-reader, this is one that is worth keeping your eye on.