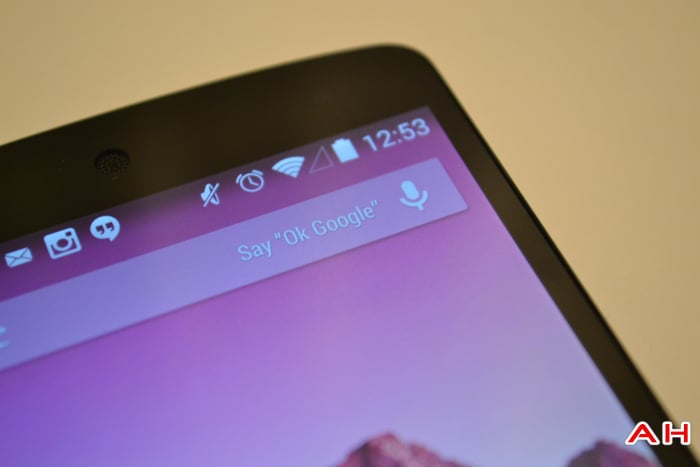 The touchless controls on the Moto X is one of the most compelling features that the phone has. The always listening factor makes it so that you can perform a number of different tasks with the device without ever having to pick up the phone. At least to some degree, starting with waking it up by using the Ok Google hotword. Nevertheless it's a feature that we'd love to see on other devices. Thanks to one of the developers of OmniRom, we may sometime get to see this feature at least hit the Nexus 5.

Guillaume Lesniak is the main man behind this awesome project, and it's certainly one that's piqued our interest. Before we get all excited and rush to look for the newest OmniRom build available, it's important to note that the feature of the touchless controls is extremely unstable and experimental in its current state. So, in short the Nexus 5 ROM with this capability is nowhere near ready and it'll be a while before we can see it on our own devices. If you're wondering how all this can be possible, Guillaume informs us that the technology to support this feature is already embedded into the Qualcomm chipset that resides inside of the Nexus 5 phone. So all that really needs to be done at this point is to mess around with the software and find out how to get it working. The groundwork has been laid down at this point, it's just fine tuning that has to be done from this moment forward.

To put things in more technical terms for those interested, this is what Guillaume had to say in regards to how things work. -The S800 also has dedicated processing power. Even if it's not shown in the video, it is using the capabilities of the WCD audio codec to wake up the audio DSP when the mic reaches a certain level. The audio is then matched against a predefined sound model, which will wake up the CPU above a certain match threshold. The CPU is otherwise inactive.- The video below does its job of displaying that such a feature like this is possible to implement on the Nexus 5, but as Guillaume states it's just a proof of concept to show that it works. Who's looking forward to seeing this feature hit their Nexus 5 in a stable mod? http://youtu.be/F1ANpeexBTQ