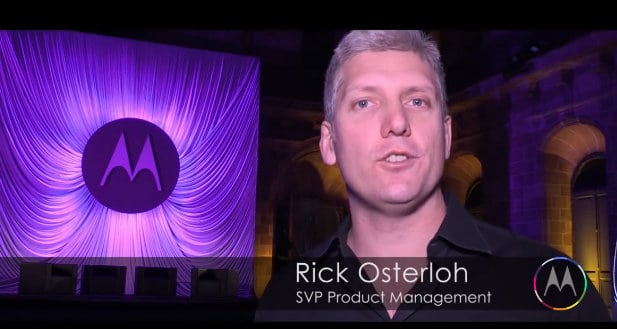 When Motorola held their event last week during Mobile World Congress, it wasn't your typical press event. It wasn't streamed live a la Samsung and their Unpacked 5 event, but then again Motorola didn't quite have the same amount of things to show off. The Lenovo-owned smartphone manufacturer didn't actually have anything new to show off last week in Spain, but that's perhaps what makes this such a compelling watch. The half-hour video you'll find at the bottom of the post sees executives from Motorola talk about how and why the Moto X and Moto G came to be. There are also some excellent insights into just what went on between Google and Motorola during the search giant's ownership of the company.

A compelling watch overall, it's nice to get a look inside of what goes on to create the devices that a lot of us use on a daily basis. Sure, Samsung's Unpacked 5 event was impressive, and saw the unveiling of a whole raft of new products, but we weren't actually told much beyond the figures. This roundtable-esque event from Motorola tells us the why surrounding some of Motorola's most recent products. Insights such as the Moto G being the company's most successful launch to date and how Motorola approach Android itself are great to listen to.

If you don't have half an hour to spare, then you can read through some of our posts from last week covering the company's event, like the successful Moto G and their relationship with Google. You can watch the video below and let us know in the comments what you think, or swing by Google+!