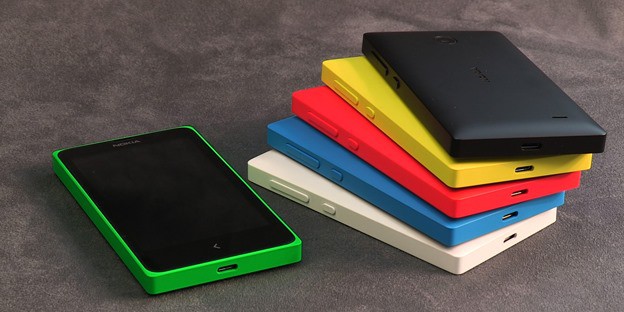 After months of speculation about a fabled Nokia handset running Android and plenty of people who were rightfully skeptical, Nokia shocked a few non-believers at Mobile World Congress when they unveiled not one, not two, but three Android powered handsets that form a new line of devices for them called the Nokia X Family. The Nokia X, Nokia X+ and the Nokia XL are a line of new devices that are poised to be offered in emerging markets, and at least one phone so far, the Nokia X is now available for purchase in India.

The Nokia X is the entry level Android powered handset from Nokia which runs a heavily forked version of Android, and is now on sale in India for 8,559 rupees which is about the equivalent of $140. The Nokia X may not have a familiar version of the Android software on board which means no out of box Play Store access, and even the look and feel is fairly uncommon and something most of us wouldn't feel at home with, but thanks to modders and their hard work and dedication, there are now ways to make the Nokia X more like an Android phone you are used to via custom ROMs, which would allow you to load on the Play Store and have the device act as a normal Android smartphone would, and download official Android apps without having to sideload them.

According to the Economic Times, the Nokia X is on sale in the variety of colors we saw at MWC, through the Indian online Nokia Web Store for the price listed above. So far there's no word on the release or price of the Nokia X+ and the Nokia XL in the same region, but the Economic Times is estimating that the devices will both cost below 12,000 rupees when they become available. Perhaps with these new low cost Android products, Nokia might now have a way to gain some marketshare in the country and steal away some of those numbers from Samsung, who is the current market leader in India(surprised? we're not) at 30% of the smartphone market and 15.3% of the feature phone market. Now that there are options to turn this forked Android handset into a fully functioning Android smartphone with full Gapps, would any of you consider buying one for $140 as a backup if it was made available here?