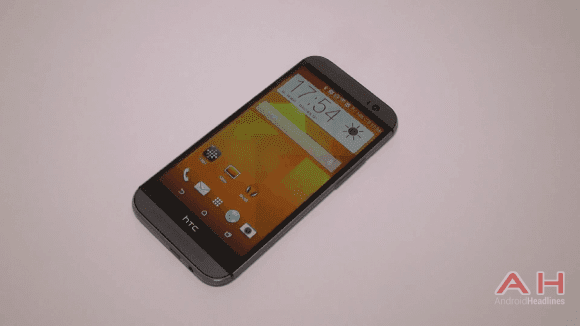 Tired of the new HTC One M8 leaks yet? If not, you're in luck because a new video just popped up over at YouTube that shows off the phone in great detail. This video is even longer than the one that leaked before that was around 12 minutes in length, as this one is just over 14 minutes long. It shows off the phones full form, and seems to talk about a good number of things including the Dual Lens camera on the back. The user seems to show us off some stuff in regards to the new Sense UI that will come on HTC's new flagship device, as he plays with the home screen, powering off the display a number of times to lock it, and then unlocking it again before going into some more detail about another feature. The phone also seems to have the ability to swipe from the left edge from the lock screen while the phone display is off, which then unlocks the display and launches you right to Blink Feed, at least that's what appears to happen in the video.

At one point he also shows us the new Blink Feed feature, which acts as a widget on one of the home screens, he also swipes between the other multiple home screens he has in place. The transition between screens seems pretty fluid to us. We get a nice good look at the camera app as he opens it up and shows us the view finder while the camera is in video recorder mode. We also get a glimpse at some of the camera modes, like normal camera shots and HTC's ZOE camera mode. The camera definitely gets a lot of attention here, he explains in great length different features it seems like as he flips through the gallery showing off different photos that he's taken with the device. In one particular shot, he goes over a feature about the device that emphasizes focus on certain points of an image after tapping on it, and as you can see from the video right at about 7:50 in we see an image with parts of the photo that are blurred out effect, but by tapping on certain areas in the image they become the focal point and become un-blurred.

The images actually look to have pretty excellent quality, which so far seems to point out that the dual-lens Ultrapixel camera will take some astounding shots. It seems that the new HTC One M8 will have a power saving mode of it's own as well, but it's hard to make out any of the details since the entire video is german. The video is pretty long and there's a lot of details that are hard to make out, but it's definitely worth a watch. At one point through out the video it sounds like he is describing the difference in fluidity between HTC's UI, Sense 6.0, and the newest version of Touchwiz or just Touchwiz in genereal. You can hear that he mentions Touchwiz and the Galaxy S5 while he's rapidly flipping back and forth between the different home screens and menus, so we can only assume that he's going over details that revolve around speed of the device in comparison to the Galaxy S5. Have a look at the video in case it gets pulled, but should it disappear just like the last couple, here's a link to a mirrored copy.