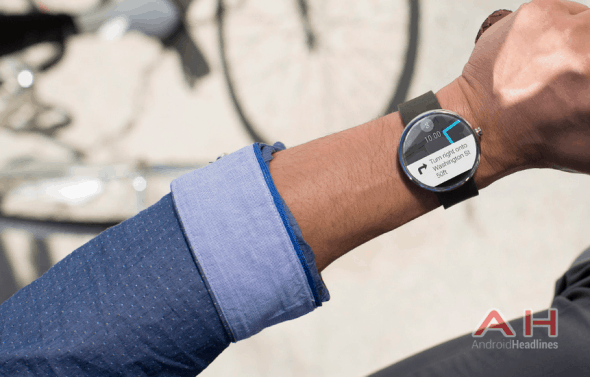 In a weird twist of events today we have started to see some new smartwatches get announced in partnership with the new Android Wear(wearables SDK) that Google announced earlier this morning. We know about the LG G watch from earlier, and now we're learning about Motorola's new smartwatch, the Moto 360. Motorola has a vision to bring something functional but equally design friendly to the table and for that they said they absolutely had to make the watch face round. We have to agree that it was arguably a fantastic design decision.

There isn't much information about the actual device yet, but Motorola does have a little video they uploaded to YouTube. They also have a Google+ event set up for tomorrow around 11am pacific time via hangouts, which will most likely house some more information about what we might see from Moto 360, and what we can can expect from the smartwatch once it hits. We likely won't know about pricing for a little while, but who knows Motorola could surprise us and actually list that tomorrow in the hangouts event as well.  The rumor is that all of these devices that are utilizing the Android Wear software through the wearables SDK that was made public this morning, should arrive some time in Q2 of this year. If that is the case then there is a strong possibility that we could see some of or at least one of these watches pop up and make an appearance at this years Google I/O event in the summer.

You do get some useful information out of the short video that they have posted on their event page, which takes you through Motorola's vision of designing the modern time piece. We can see that they have opted to give the user a choice of various potential band options, which means we might also see a set of choices for the material or finish used for the watch face itself. From the looks of things, Moto 360 will have at least a few different choices for leather bands, as well as maybe a rubberized and metal bands. That means user customization. Could we see a moto 360 version of the moto maker? now that would be cool.