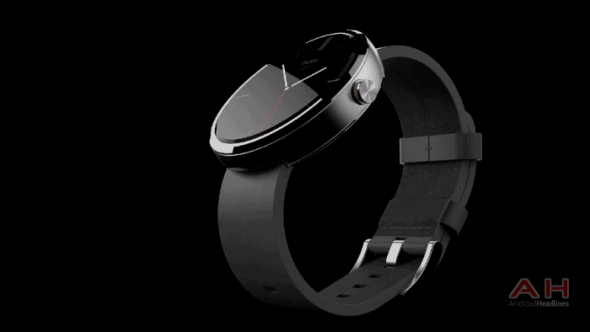 So the Moto 360 hangout is over. We came, we saw, and we are still left with a lot of unanswered questions to things we really, really, really want to know the answers to. Like cost, availability,(which is rumored to be more limited than expected due to some of the design components used in the device)and location releases. Is this feeling a little bit like an episode of Lost to anyone else? Despite their somewhat cryptic on air interview of sorts, Motorola did give us some good insight as to the adventure of the Moto 360 and the history of its design, how it came to be, and what inspired them to take the paths they took to reach their ultimate destination, of building a smartwatch with equal parts beautifully crafted design and lasting function.

What caught our attention the most was the answer they gave us about how the watch will charge. This ties somewhat into the design of the device, and builds off of their inspiration to deliver something that came into the smartwatch/waerables market with a focus from a fashion statement point of view. Basically, they wanted to design a smartwatch that strives to look more like a watch than a piece of wearable technology. To do this, they eliminated a charging port on the device. So with no connection port, we're left with the mystery of how the watches battery will receive power to keep going. There are a couple obvious possibilities, one being that it could support complete wireless charging, and will only need to be placed on a wireless charging base to get juiced up. It's also a possibility that we could see some sort of kinetic charging, which isn't an idea that would be too outlandish or hard to believe, since kinetic charging has been around in watches for at least 20 years. The question if it charges kinetically, is if the method of charging kinetically would actually be able to sustain the battery life of the watch.

Motorola told us that the way the Moto 360 charges is a secret for now, but that we would know more on the matter later on in the near future once we get closer to the watches release. If not wireless charging or kinetic charging, what other options could there be? Maybe Motorola has implemented a method of charging the watch in a way we haven't thought of seen so far. Time will tell.