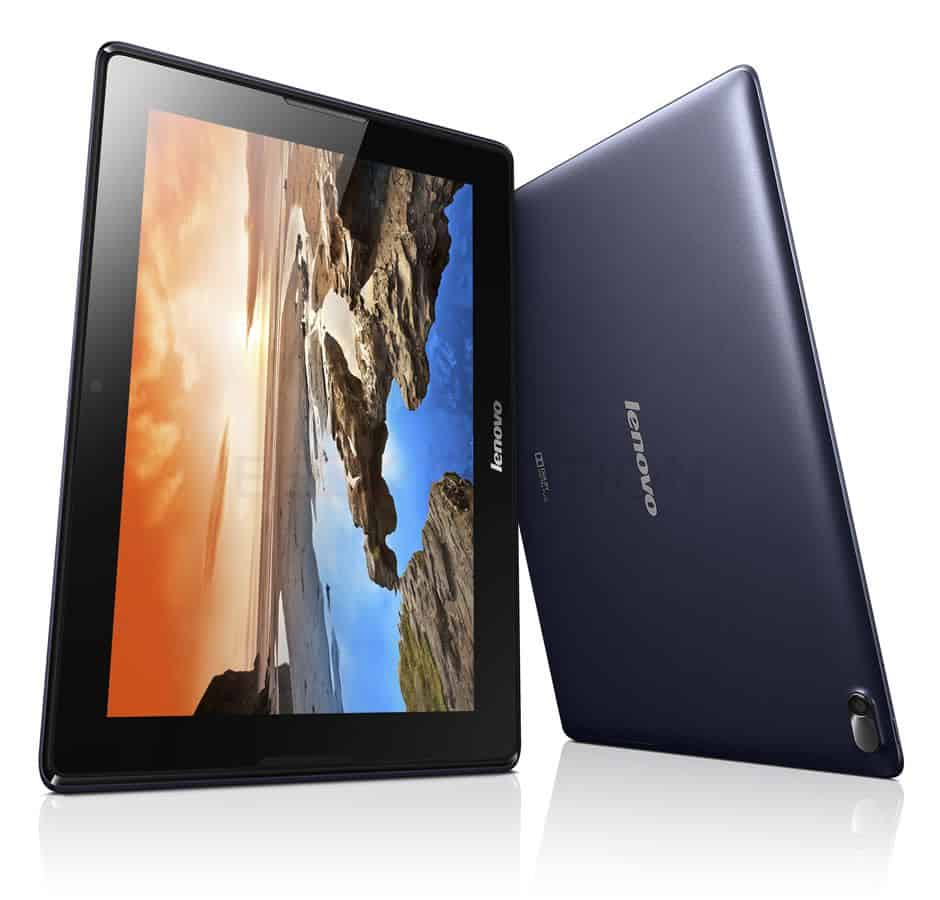 Lenovo makes some good tablets, but most of their tablets that come to the US – other than the Yoga's – are pretty much low-end or mid-range. So we've been waiting on some high-end tablets from Lenovo. Today, Italian site Eeevolution found some photos of the Lenovo IdeaTab A7, A8, and A10 tablets. Which they believe the A10 is a Windows tablet. They say there's a start button on there but I don't see it. While the A7 and A8 are both Android tablets. Obviously, judging by the names the A7 is a 7-incher, A8 is a 8-incher and A10 is a 10-incher. Additionally all three have front-facing speakers, which we absolutely love on a tablet.

It also appears that the IdeaTab A10 is going to have a keyboard dock, which looks pretty nice, and will probably have a bit extra battery life as well. As for the A7 and A8 tablets, it appears that these will have a microSD card slot and a SIM card slot, which means 3G or 4G LTE connectivity, which is what we all want, right?

Right now we only have specs on the IdeaTab A8, which may not even be the right specs, but we are looking at a 8-inch IPS display, 1GB of RAM, 16GB of storage, WiFi 802.11 n, Bluetooth 4.0, 5MP rear-facing camera, 2MP front-facing shooter.

We may see these tablets announced very shortly. But as of right now, this is the first time we've heard of these tablets or even seen them. So I recommend taking all of this with a big grain of salt as it might not be true. We'll have to hold out and see what happens. Who would like to see a nice 8-inch tablet from Lenovo come to the US? How about the keyboard dock for all three tablets? I'd like to see that. Let us know your thoughts in the comments below.