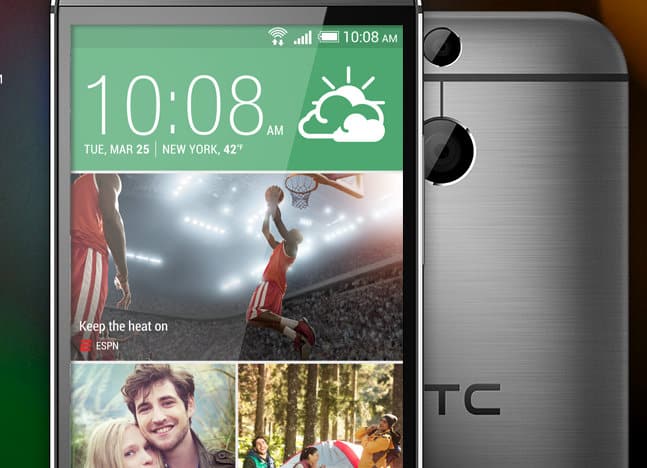 Today in New York City, HTC took to the stage to not only announce their latest and greatest, but some important steps forward for their Sense skin, too. Last year's HTC One debuted with BlinkFeed, a new type of homescreen that acted much like the Google Now portion of Google's own launcher. It provided us with news, social media updates and such to our homescreens, and was HTC's way of bringing everything important to you to one centralized place on the phone. It was one of my favorite features of Sesnse 5.0 and I'm glad to see that HTC have improved it, as well as opening it up to others through an SDK.

BlinkFeed will soon get much more support from third-parties thanks to the launch of an SDK, which will allow developers to bring much more than news and updates to BlinkFeed. The examples given by HTC on stage were Fitbit and Foursquare, with the former being able to tell you how many steps you've taken right from the feed, without having to head into the app. This sounds like a very small step, but it could be the start of something much bigger. Imagine some sort of integration with online services like WhatsApp, or Android Wear down the line. There's a lot of potential for this sort of thing. Google Now is great on the Nexus 5 and such, but it doesn't offer the same sort of functionality of BlinkFeed, and with this new SDK, HTC's tiled wonder could get even better.

Today's announcement was definitely a lot of the same, but if something isn't broken then there's no need to fix it. However, HTC have moved in the right direction when it comes to software. Announcing that Sense 6.0 will definitely be hitting last year's HTC One, One Mini and One Max. Putting apps into the Play Store like BlinkFeed, in order to better deliver updates and of course, opening up their key services to others in order to bring in even more information users want.