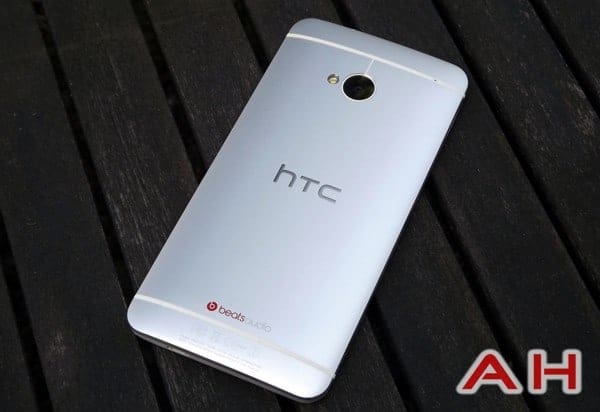 HTC may be turning the corner. Company shares jumped pretty significantly this morning on news that pre-orders of the recently announced Desire 816 are stronger than expected. The Desire 816 is a mid-range device headed for Chinese markets. Deutsche Bank also upgraded their target price and recommendation for HTC's shares today. They had good things to say about HTC's strategy of going after the mid-range smartphone segment, especially in overseas markets. This all bodes well for HTC in 2014 and beyond.

Shares of HTC stock were up 3.91 percent as of 11:17am today.  Asia Securities Investment Consultant analyst Chang Chih-cheng said, "I think HTC is moving in the right direction by targeting the middle range smartphone market, in particular in China, to offset the impact of fiercer than ever competition in the high-end market."

Pre-orders for the new Desire 816 were over 450,000 units just in the first 3 days of pre-orders being open. That number is expected to cross 500,000 units soon. The Desire 816 is a 5.5-inch phablet device, running on a 1.6 GHz Snapdragon 400 SoC. It is shipping with Sense 5.5 and has 1.5 GB of RAM. With a display resolution of 1280 x 720 and a 13-megapixel rear-facing camera, it has some nice features but doesn't fall into the high-end category. Sellers in the Chinese market expect that this device and others like it are exactly what Chinese consumers are looking for. "Many investors are anticipating that HTC could benefit from the China market to boost its sales in March, helping the company achieve its sales guidance for the first quarter of this year," Chang said. "It was no surprise that HTC shares staged a strong rebound today."

HTC's sales have been weak so far this year, coming in at about half of what they projected for the first quarter of this year. The first quarter isn't over yet, but HTC projected about NT$34 billion ($1.12 billion) and their total sales were only about NT$17 billion ($560 million) at the end of last month. "Despite the weak sales in the two-month period, HTC has not revised its sales forecast yet so I expect its sales for March will make a leap to catch up its guidance," Chang said. Chang also pointed out that foreign investors purchased 1.92 million HTC shares on Monday, which shows that investors are predicting HTC has turned the corner.

With the HTC One (2014) set to be announced on March 25th, HTC is looking at a rebound year. The company may not be out of hot water yet, but things are looking up.