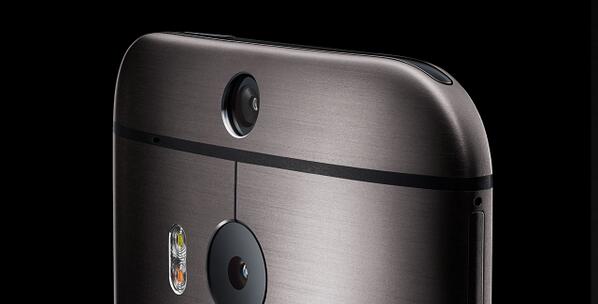 Today, HTC officially announced the HTC One (M8) on stage and while it's more of a refinement on the great formula that HTC delivered with the 2013 version of the One it does feature some excellent features that will appeal to everyday users and powerusers alike. Last year, HTC made some big claims with their UltraPixel sensor technology, stating that it was bigger pixels not more of them that made a difference. We were inclined to agree with them, and last year's HTC One had an excellent camera, even if the resolution left a little to be desired. This year, the M8 features a Duo Camera, with hardware depth sensors and some improved software features, but what does that mean for users?

We'll start talking about the hardware depth sensors, which is why there's two cameras on the rear of the M8. These two camera modules work together to allow you to refocus shots, add blur to your shots and other effects. An example would be the ability to change the focus from one person's face in the foreground to another's in the background, after you've taken the shot. The two cameras also work together to deliver a focus time of just 300ms, which is 50 percent better than last year's model. There's a slew of software features here as well, like being able to adjust ISO, White Balance and more before you take your shot. However, HTC have gone back to features like Zoe to make taking great photos even easier and more approachable.

When using Zoe Mode on the M8, you simply press one button and all of the best shots, with different focal points are captured for you to go through and save your favorite shots. Video has also been improved, with the ability to pause and carry on filming during shooting. Slow motion is here and now available in HD, also allowing you to choose which parts of your footage to slowdown. Along with the video-editing software, HTC has lots of simple-to-use yet effective editing tools right on the phone, as well as cloud support for Zoe that will be expanded on later. So too, will developer support for the depth API included in Sense 6.0.

HTC have made some excellent changes and additions here to the camera side of things on the M8, but has it been enough to impress you guys? Let us know in the comments below!