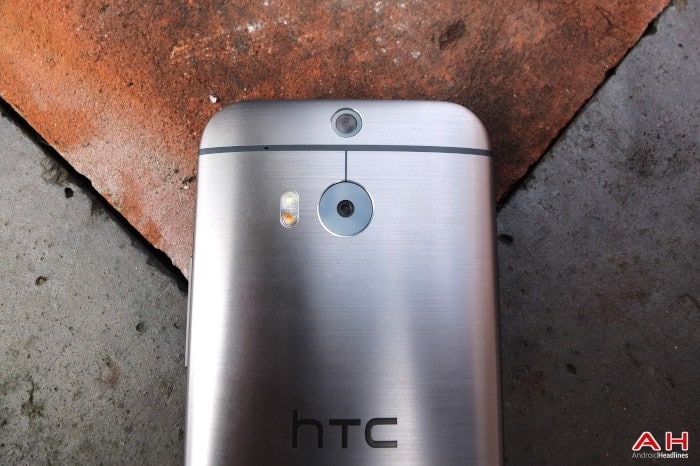 So many times a manufacturer chooses to play around with the camera on a smartphone, claiming to have special parts inside or exception software that will manipulate your photos to give them that professional look.  The claim and aim of the Duo Camera is to give you professional results, not necessarily in clarity, but the ability to add some depth or to influence the focus point – close-up or far away.  The new HTC One M8 has two cameras, but do not let your mind stray back to the ill-fated HTC EVO 3D, this is an entirely different beast and not a 3D camera.

The first camera is the UltraPixel sensor that was introduced to us on the original HTC One and it has not changed – the same 4MP with each pixel being 2-microns on the sensor.  The purpose of this setup was to take better low-light pictures by capturing more light.  The second element is called the 'Duo Camera' and very little is known technically about it as HTC has not released any information on it at this time.  We do know that its main purpose is to capture depth information.

By adding the Duo Camera to the HTC One M8 it opens up a number of options – it feeds its data into the imaging engine and use both the Qualcomm S4 Image Signal Processor (ISP) and the proprietary HTC technology.  It gives you no more shooting options, but does allows four additional editing processes – Ufocus, Foregrounder, Seasons and Dimensions Plus.

Ufocus is an editing mode that lets you switch the focal point of an image AFTER the photo is taken, provided it is not a close-up.  You can focus on the nearer subject and blur the background (known in the photography business as bokeh) producing a shallow depth of field – the look of a professional camera using a wide aperture lens. Although not always perfect (see the flawed corner of the table in the picture below) but it can do a respectable job in most instances.

Foregrounder is a little bit like a reverse Ufocus but adds some additional features such as Sketch, Zoom Blur, Cartoon and Colorize.  The camera can recognize the layers of the photo, allowing you to manipulate them to an extent.  Sketch will stretch the background, contrasting the subject to it – Zoom Blur is like when you twist the lens zoom as you take your picture – Cartoon and Colorize leaves the subject as is and applies its effects to the background…see photo 3 for Zoom Blur.

Seasons allow you to put snow, leaves and other seasonal images onto your photo and uses motion so you can save it as a video or photo…see image 4.  Dimension Plus adds a slight shift in your perspective – the closest thing you will get to 3D out of this camera…see images 5 and 6.

Copy and Paste allows you to copy an image from one picture to another – using the data from the Duo Camera to identify the person so you can snip out the image to paste into the next photo…certainly not Photoshop layer quality, but is fast and fun…see image 7.

The new Duo Camera on the HTC One M8 is far from voodoo and not quite a technical marvel, however, given some time, HTC may be able to improve the software for even better images.  The camera is not the best in class, but certainly offers the user some great options and a lot of fun.