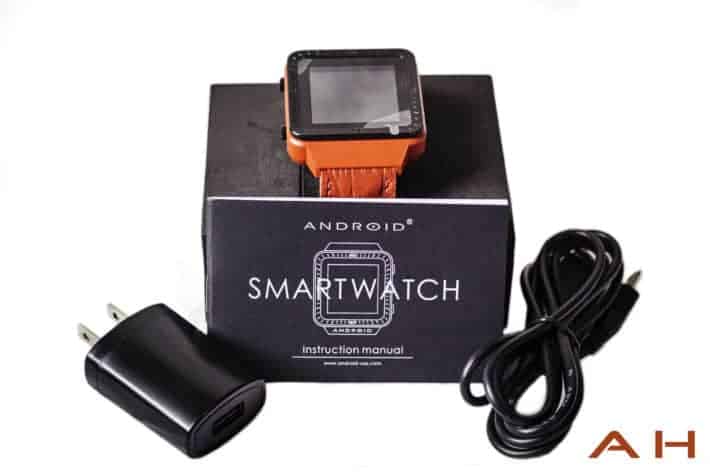 The Android Smartwatch is definitely a smartwatch that you wouldn't expect. It goes by the name of Android but it doesn't actually run the Android software. Interestingly enough, the company behind the device called Android Watches USA (OKO International) has been making high quality timepieces for quite some time, (1991 to be exact) long before Google acquired the Android OS and began development to turn it into the Android OS we know and love today. There are many smartwatch offerings out there now, some of which run Android but most of which are just compatible with Android devices for various uses. A lot of them have unique features, but most of them offer one or two common things. They serve as easier access to notifications, and most of them can be connected for use with your Android smatphone via Bluetooth or NFC.

The Android Smartwatch is a different breed. There are lots of options out there if you're in the market for a device of this kind, but Android USA doesn't seem to want the misconceived association with Android operating system. Instead it wants to be known for the company that it is, which is one that makes timepieces. Android Watches USA saw the growing trend with the smart wrist worn tech and only sought to be part of the movement. CEO Wing Liang  says that because Android is part of their name, they have to consistently fight to protect their trademark with the influx of Android based smartwatches we will undoubtedly see.

The funny thing about all this is, their are currently plenty of smartwatches that don't run Android just like the actual Android Smartwatch. In that particular regard, it's just another product with many similar competitors. How does it break away fro the mold of the others and stand out? For starters it offers a myriad of different customizable watch bands, totaling more than a dozen different choices to suit just about any taste. If you thought you'd never see a watch with a ceramic or alligator band, think again. The Android Smartwatch by Android Watches USA can provide with such a thing. Similar to some of the features of the Martian Smartwatch, you can receive and answer phone calls, and skim text messages. You can use it to manage your music playback, and should you have the need to do some fast multiplication, it can help you here too with the built in calculator. All told, this doesn't look like too bad of an offering, and you can certainly make it your own compared to the options in similar products. You can check out our full review here, and if you're wanting to pick one of these up there going for a sale price of $199.99 right now which is $100 off.