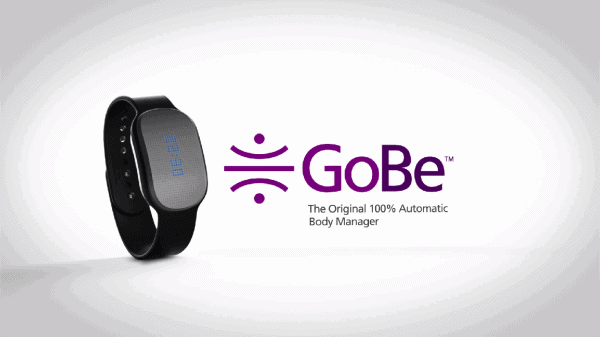 There are tons of different activity tracker and fitness bands out there. Some are integrated together with a smartwatch for a one stop do-all wearble device, while other have a more focused approach to certain things. Wearables options will only increase this year as we saw many up and comers at CES in January and at Mobile World Congress just last week. A new Activity Tracker aims to set itself apart from the rest though. According to the information on the indiegogo campaign, it'll be able to offer users some features that other fitness and activity trackers don't currently have.

This activity tracker called the Healbe Gobe on indiegogo is only a couple days into its funding campaign and already its raised $29,508 towards its goal of $100,000. It stands to hit its funding goal well before the campaign is over which wouldn't surprise us. Better yet, it'll most likely exceed its funding goal which would only serve to make this wearable even better than it promises to be. So what makes it so revolutionary? Well, we're not so sure that it's exactly revolutionary but it definitely has a few tricks up its sleeve that other activity trackers don't possess. The thing that really caught our attention is its ability to measure calorie intake automatically. Currently the activity trackers available from other brands that support this feature require the user to have information logged on a daily basis. That isn't too terribly difficult, but why not strive for something better and simpler to use? The Healbe Gobe has set out to provide that better simplicity for users, and it does it all by measuring the glucose levels in your cells, through your skin. It takes care of the work for you so you can focus more on other things rather than entering in data about how much food you ate.

The Healbe GoBe uses three things together to give you all the information it provides, with a pressure sensor that measures bloodflow and heart rate, an accelerometer that measures body movement and activity, and an impedance sensor that measures fluid levels in tissue. The impedance sensor is what works the magic for tracking and accurately recording your calorie intake. Pretty sweet. Between all three sensors on board, the Healbe GoBe can do a wealth of different things, including measuring your calorie intake, calories burned, measuring your heart rate and stress levels, and tracking your sleep status and measuring hydration levels. For an activity tracker, it really does quite a bit compared to other competitors and all without having to log in any data at all. As you would probably guess, the Healbe GoBe connects to your Android or iOS device through Bluetooth 4.0 and syncs data to the companion app. there's still 39 days left to go for this awesome activity track campaign, so if you want to get in on making this product a reality, $125  will net you one early bird device before it launches in retail locations or online. The original price for the Healbe GoBe will end up being $299 once it launches, so if you want to get this device at a steal, going through the indiegogo campaign would be the way to go.