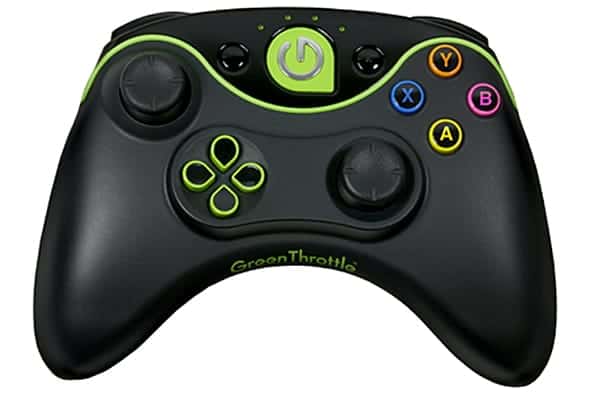 Google has snagged yet another company to take in under its wings. The company behind the Green Throttle Gaming app and hardware unit that had since been shut down as of four months prior to now, appears to have been purchased by Google. The acquisition seems to still be in progress but appears to be nearing finalization. The idea for Green Throttle Games came from one of the leads behind the famous Guitar Hero Franchise, Charles Huang, and two other guys that had worked on the beginning of the Palm Pilot. With other competing products already on their way to being available for customers, Green Throttle Games ended up in a situation that some saw as inevitable, which was down the creek without a paddle so to speak.

Some look at this as a clear sign that Google is actively looking for a way to find more ways into our living rooms and onto our TV's, which would male perfect sense given the many rumors surrounding a new box device from Apple and the recent rumors about a near launch of the Amazon set top box coming up. It's still unclear what Google's plans will be for the Green Throttle Games Hardware, or if it will have anything to do with games at all. They may steer clear of any gaming related development with the tech and seek to use it for a way to improve and enhance further new developments with a set-top box of their own. Time will tell.