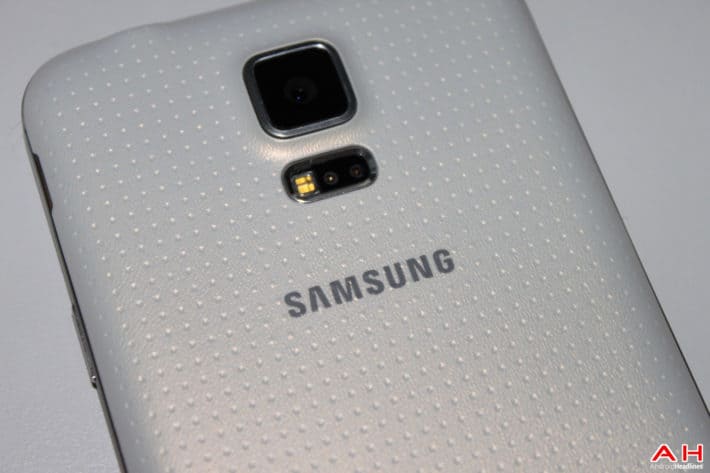 When Samsung unveiled the Galaxy S5 at last month's Mobile World Congress, they detailed a number of new features of the phone as expected, but seemed to have missed the nitty gritty details. First of all there's a 6-element lens in front of that new 16 megapixel ISOCELL sensor, and it's supposed to be the bees knees if you will.  Last year Nokia was touting the world's first 6-element lens on a cell phone, and since then we've only had a few other phones that have had such a quality lens.  It looks like that increased quality is costing Samsung some serious issues, however, and the production of the lens itself it causing Samsung quite a few headaches.  Reportedly production of the 6-element lens is only yielding a 20-30% success rate, meaning that 70-80% of the lenses produced have some sort of defect and can't qualify to be used in a production Galaxy S5 that you would buy on store shelves.  This sort of extremely low yield is common in brand new electronics and unfortunately seems to be plaguing Samsung's production factories right now.  While this lens is 1 more layer than the existing 5-element lens on the Galaxy S4 and Note 3, that additional layer is what seems to be causing the issue as manufacturers continue to try to make phones slimmer and slimmer.

This isn't the first time Samsung has had issues with production of individual parts in the Galaxy S5 either.  Firstly there was a fire at one of the plants that manufactured circuit boards for the Galaxy S5, and that factory ended up sustaining over $1 billion in damages.  While Samsung has said they were able to move to other factories for production the loss of such a large factory can't possibly be completely ignored.  Then we saw that the fingerprint sensor in the Galaxy S5's home button is having similar issues to the 6-element lens here, and that production was being held back because Samsung couldn't produce enough working fingerprint sensors, although they'd be partnering with some other groups to get them out quicker.  What's the big holdup here?  Samsung has been slowly moving everything in-house, and both the fingerprint sensor and the 6-element lens are no exception.  With the last few flagship phones Samsung has basically created the blueprints for certain components and farmed them out to other vendors to make sure everything got done on time.  This time around however these components are almost all in-house, and as such Samsung seems to be a little overwhelmed with the production levels they are trying to reach for the Galaxy S5.  So far the Galaxy S5 is still set to launch worldwide in 150 countries on April 11th, and there's no sign of that changing just yet even with all these set backs.