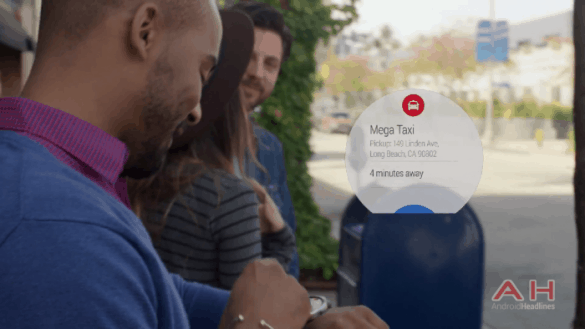 The smartwatches just keep on coming this morning as it seems that anyone and everyone wants to be a part of the future of the Android wearable space, and rightfully so, because it's about to start getting crazy. So far we have seen announcements from both LG and Motorola, with LG showing off their upcoming G Watch, and Motorola just announced their Moto 360 smartwatch not too long ago this morning. Now, popular fashion and watch brand Fossil has announced that they will be supporting the Android Wear movement and will be coming out with some smartwatches of their own that run off of the software. The Wearables SDK was just made public this morning, so while this slew of smartwatches was quite the surprise for many once you take a step back and think about it, it actually makes a lot of sense. Why not announce plans for new smartwatches directly after the software that will be powering them is made open and available? It just seems like the perfect time.

Other than the fact that Fossil is working with Google we don't really know anything about what their plans are, but we do know that Fossil is just one of many manufacturers that will be dipping their toes in the water here. HTC, ASUS, LG, Motorola, Samsung, and even some of the processor OEMs like MediaTek, Intel, Qualcomm and others will be on board to help drive forward this movement. We've been saying that 2014 is going to be an exciting year for wearables for some time, and this just proves that to be an even more true statement then before.

With Fossil being well known for quality goods for a while, Android Smartwatches just became a lot more interesting. Fossil is also really well known for their quality leather goods, and not just watches, so it stands to reason that for the people out there that are big fans of the leather strap, Fossil could be entering into this market with some fine leather band smartwatches. Anyone who has ever been inside a Fossil store before knows the almost endless amount of choices and styles to their normal timepieces, so we can probably expect them to bring that same amount of choice to this particular venture. The whole Android Wear scene is just starting to ramp up, who's excited?