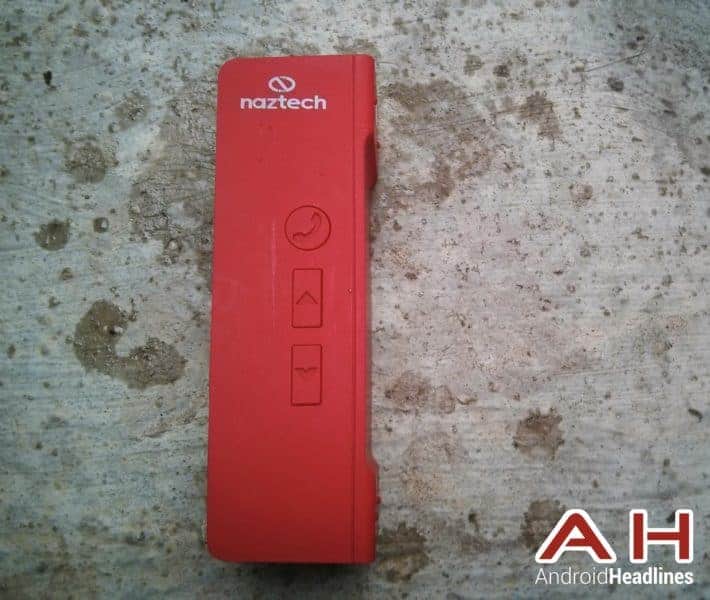 There are tons of Bluetooth speakers out there. I'm always excited to check out a new one, so when I got a chance to review the Naztech Koncert Boomstation, I jumped on it. This speaker doubles as a back-up battery that will charge almost any gadget via USB. Let's see what it's all about.

The Naztech Koncert Boomstation is designed very simply. The plastic that wraps the speaker has a matte, soft touch finish, repelling fingerprints. It also doesn't show scratches very easily, which is great because my toddlers have been carrying this speaker around and they've dropped it a few times. The build quality is excellent. It feels well put together, and it has absorbed the beating my kids have put on it with ease. There are three buttons on the top of the speaker and power switch on the side. That's it for controls. The top buttons control playing, pausing, and changing tracks, as well as adjusting volume when you're on a phone call. The play/pause button also can be used to answer and hang up phone calls. The forward/back buttons to skip tracks will let you adjust the volume of the speaker when you're using the Koncert Boomstation as a speakerphone. Unfortunately, these buttons don't let you adjust the volume of music playback also. This may cause users some confusion, and it creates the need to reach for your phone or connected device every time you want to adjust the volume. I change volume more often than I skip tracks when I'm playing music. It would be way more convenient to have these buttons act as volume controls for music and leave the track changing on your device. As you'll see as we go on, this was my one major gripe with this Bluetooth speaker. 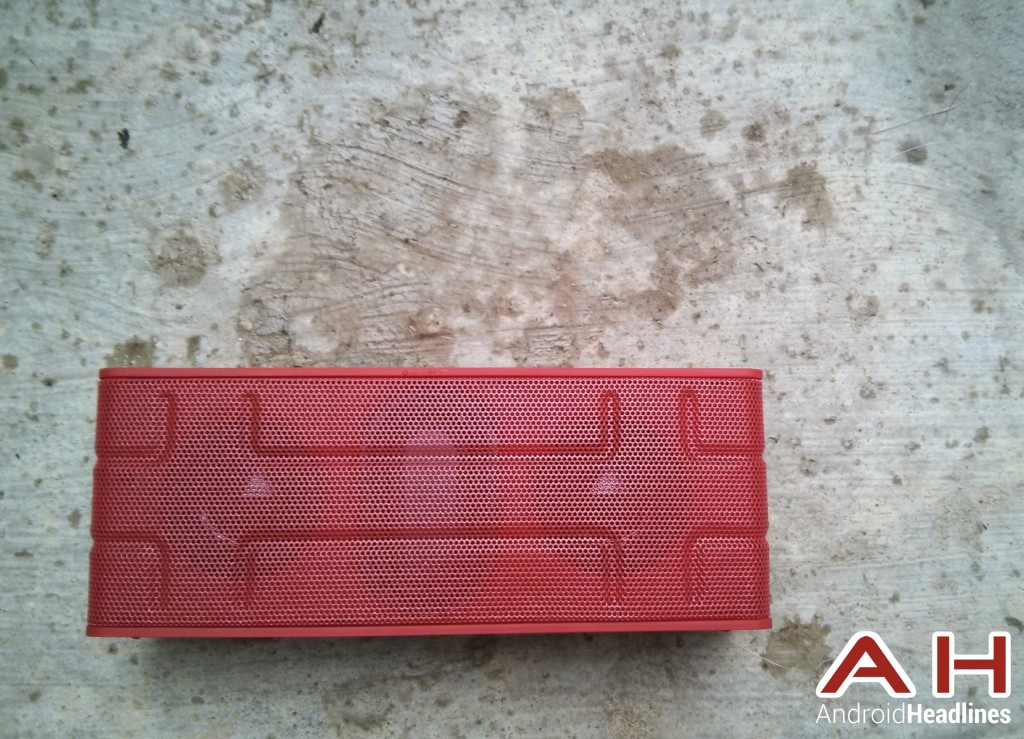 One the same side of the speaker as the power switch you'll find the USB port to charge other devices, a micro-USB port to charge the speaker itself, a 3.5mm headset jack, and two LEDs. One LED indicates power and the other shows you whether the device is in pairing mode or paired to another Bluetooth device.

The set up is extremely simple. Some of the easier I've ever experienced, in fact. Naztech recommends charging the speaker for about 3 hours before use.  That gives it a full charge, and once you've done this you simply turn the box on using the power switch on the side of the unit. If it doesn't detect a pre-established Bluetooth connection, the device automatically enters pairing mode. One LED will flash alternating blue and red to let you know that it's in pairing mode. I didn't even have to enter a passcode on my Nexus 4 to connect the two devices. They found each other and paired immediately. After that, all I had to do was turn my device Bluetooth on and turn on the Koncert Boomstation and they would find each other. The speaker can be paired with any Bluetooth device, including your computer, but there may be additional steps involved. You can also connect a device to the speaker using the 3.5mm aux jack. I prefer this method, even with my smartphone, because the audio quality over a wired connection is better than using Bluetooth.

Audio quality when playing music, as well as on speakerphone, was above average with the Koncert Boomstation. On a device this size you're going to lose a bit of low-end, but I was impressed that the sound didn't distort even when turned up to full volume. The speaker was loud enough in any environment I was wanted to use it. It's definitely an upgrade from the speakers on my phone and tablet and it's far better than the speakers on my laptop, too. The usual distance of about 30 feet for Bluetooth connection applies to this speaker, too. I found that if I got put more than 20 feet between my phone and the speaker, it might start to crackle a bit. That's Bluetooth for you, but for a small, portable Bluetooth speaker, I can't complain. 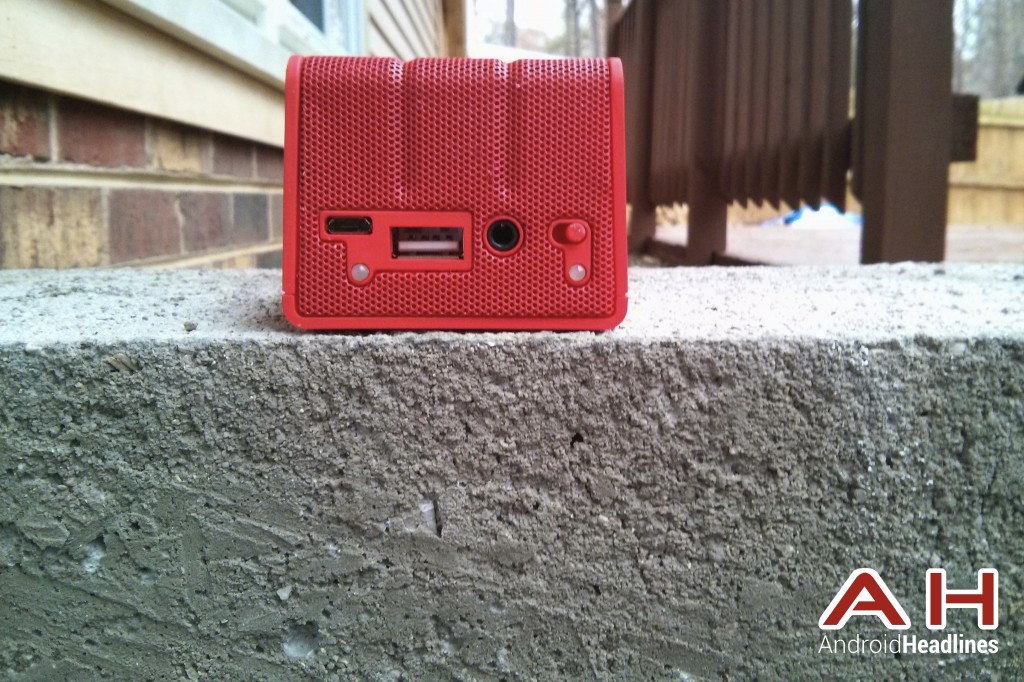 The other great feature of this speaker is the built-in battery for charging other devices. I usually carry a back-up battery pack with me, just in case. The Koncert Boomstation has a 2500 mAh battery in it, combining the speaker with a really useful charging option. Any device that can charge via USB can be charged with this speaker. In addition, the battery life of the speaker itself was truly outstanding. The rated battery life is 18 hours of music playback, or 48 hours of use on speakerphone. I usually expect these manufacturers times to be a bit inflated, but in this case Naztech is under promising and over delivering. Seriously, the battery lasts forever on this thing. I'm impressed.

Naztech includes a micro-USB charging cable to charge the Koncert Boomstation, a cloth bag to carry it or store it in, and a 3.5mm cable to plug devices directly into the speaker. They don't give you a power adapter, though. I guess they're assuming you have one already, or that you are going to charge the speaker from your laptop or desktop. I would have preferred a USB wall adapter to be included.

The Naztech Koncert Boomstation is a good Bluetooth speaker option with the added ability to charge your other devices with its back-up battery. I would definitely recommend this over the Kitsound Boombar that I reviewed in January, both for sound quality and battery life. The sound quality on the Koncert Boomstation is good, the build quality is excellent, and this speaker will last for days and days between charges. I would like to see the volume buttons work for music, not just on speakerphone. I would also like to see Naztech include a wall charger. But overall, this is a Bluetooth speaker that I would recommend. You can get one from Hypercel for $89.99. You can get one in red, black, or white.