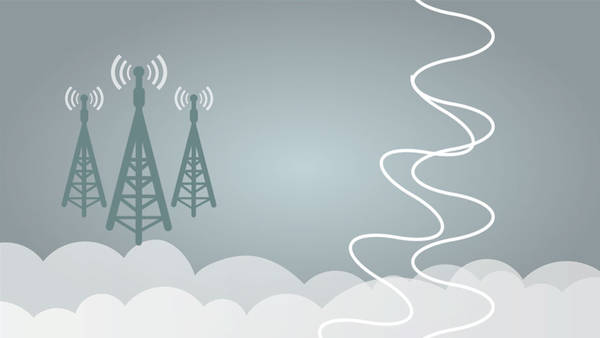 The spectrum auction that every US carrier is waiting for is still being planned. We have had T-Mobile asking for a fair ground rule, by breaking down the spectrum to a lower band. They have even made blog posts about the matter, and it may have worked, in some way.

It has to be known that spectrum is like gold to wireless carriers, it is essentially the way they make money. That being said, T-Mobile has valid fears that the two biggest US carriers being Verizon and Sprint, could walk away from the auction with an unfair amount of spectrum bought. Possibly in response to T-Mobile, but not a confirmed response to T-Mobile, the Commission's wireless bureau chief says they are considering placing a ceiling on the amount of spectrum carriers can buy at the auction.

Placing an allowed limit on the amount of spectrum one carrier can purchase, could directly affect Verizon and AT&T more so than it would T-Mobile or Sprint. Which has been the goal of both the FCC and the Department of Justice since the beginning of the auctions. Not to say the FCC and DOJ are against Verizon and Sprint, rather they are for a fair business atmosphere, or at least as fair as it can get. Where are they getting the spectrum to auction off in the first place?

Television stations have plenty of spectrum that is more powerful than they currently need, so, they are given the opportunity to essentially donate that spectrum to the FCC. Once the FCC has it, they repurpose it, and auction that spectrum off to wireless carriers who are in desperate need of more and faster spectrums. SOme of that money earned from the auction goes to those same broadcasters and the rest goes towards a public safety network. That public safety network needs all the help it can get, seeing as how it is a $7 billion project. The direct quote on the matter comes from Roger Sherman, acting chief of the commission's wireless bureau, " The FCC retains its authority to design these auctions in a way that promotes competition including ensuring licenses are available only to certain kinds of carriers and a cap on how much spectrum you can acquire. All those things are being considered."

The smaller carriers in the US will just have to keep pushing for a cap at the very least. We will all be affected directly by what happens at the auctions, it's just a matter of how, which depends on what carrier you are on in the end.