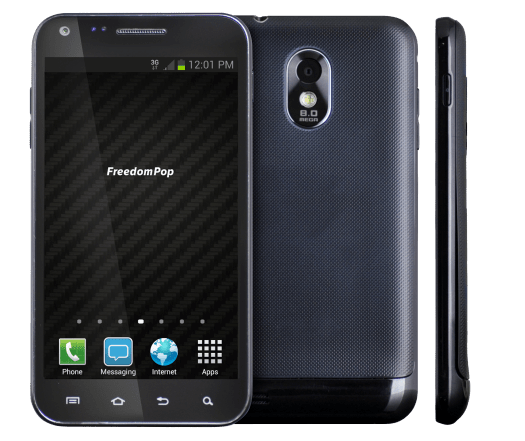 With the US Government reading pretty much everything on the Internet (hey guys!) and the NSA sneaking on our text messages and phone calls, it's no surprise that apparently super-secure Android devices have hit the market. It's safe to say that these Android phones have become a thing now, and with the Blackphone, a smartphone from Boeing and now a secure phone from US carrier FreedomPop, the choice for secret agents is getting more difficult as the days go by. This latest device is the Privacy Phone from FreedomPop and if it looks familiar, that's because it's a redressed Galaxy S II from Samsung.

The Privacy Phone features a mixture of encryption and VPN tech to make sure you go unnoticed. Text messages are encrypted using 128-bit security and all internet traffic is routed through a VPN. If all of that's not enough and your cover is blown, then FreedomPop will let you change your number whenever you like. Steven Sesar, COO of FreedomPop, has said that "privacy is becoming increasingly important to many Americans and we all have a right to communicate anonymously" and that being a small, flexible carrier allows them to put together a device such as this.

Security these days unfortunately comes at a bit of premium, so how much is the Privacy Phone going to cost? Well, not all that much, you can pick this up for $189 off-contract. To sweeten the deal, FreedomPop will give you your first three months of service – which consists of unlimited calls and texts, with 500 MB of data – for free, after that you only need to pay as little as $10 a month. A secure phone that appeals to pretty much everyone, then. Oh, did we mention that you can pay with BitCoin?

These devices are only going to become more common, after all nobody wants to be spied upon. However, as a number of other people have said, these devices could be used in the wrong hands, we all know that there's a certain type of person that will want a phone to go unnoticed with, but then again we do have a right to privacy. What do you think? Let us know in the comments below, and over on Google+!