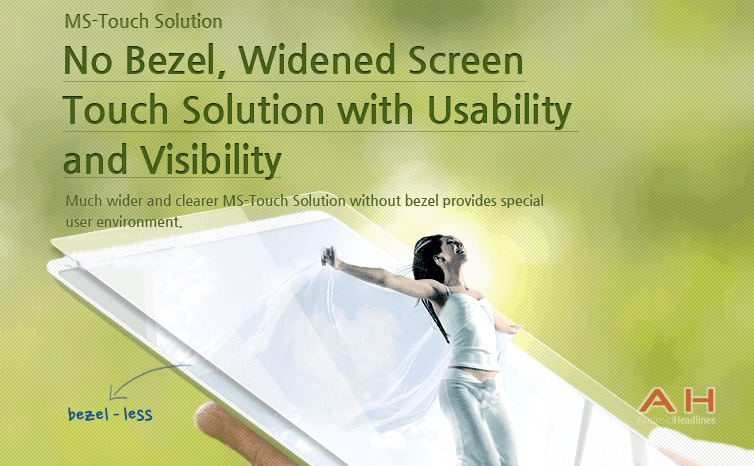 The Bezel. It's that infamous black bar on the top and bottom of your device that serves as the noticeable end point of your display. In plenty of cases, the bezel actually serves a purpose, being the area where components like radios, and in the case of HTC's One and All New One, the place where the audio chambers for the Boomsound speakers are likely kept underneath all that screen. Despite whether the bezel is something that is necessary or not,(this is a debate often fueled by peoples discontent for bezels) the search for a phone with the smallest bezel possible or next to no bezel at all is something that many people engage in. Although it's been said that a bezel free display may not be possible or the least not for some time, it might actually be closer than we think.

A company called CrucialTec is apparently in the process of developing a new touch screen panel that would allow smartphone OEMs to manufacture devices that have no bezel, or are bezel-free as one would put it. The CEO of CrucialTec, Charles Ahn, states that they are getting ready to make this new touch panel available to manufacturers, which could mean that we might see a device without bezels within the first half of the year. The touch panel is said to incorporate a fingerprint sensor, much like the one unveiled to be in the new Galaxy S5. In fact, it's been rumored that CrucialTec was the company behind the Finger scanner inside Samsung's new flagship smartphone, although Ahn denies these claims.

Seeing a phone with no bezels would certainly be something exciting, but these are merely predictions of CrucialTec's CEO. Would it be possible to see a device like this within the first half of the year? If the touch panel was made commercially available to OEMs very soon, it could be possible, but it's also possible that it could take longer since we're already three months into 2014. CrucialTec is referring to this new panel as a matrix-switching panel, and Charles Ahn says that it will bring about a dramatic change to the market. Although I don't personally mind the bezel on most displays, it will still be interesting to see how such a bezel-free device would look. 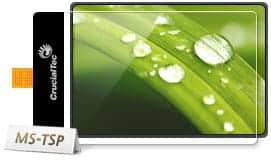