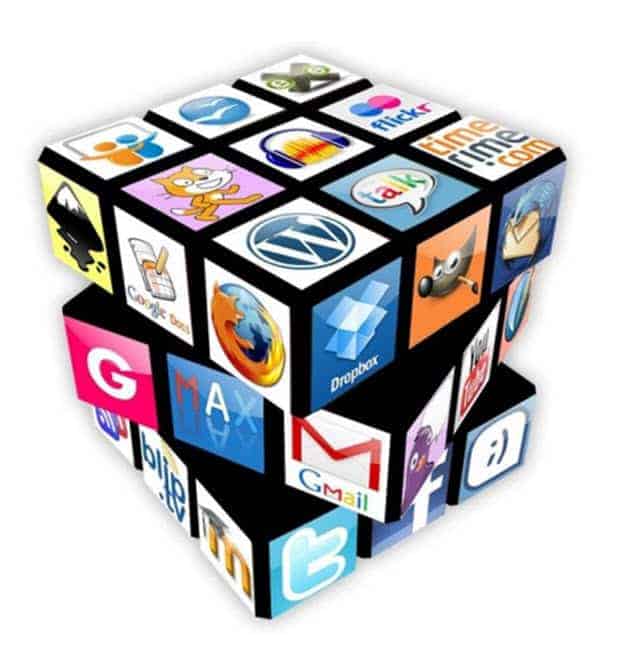 When cellphones were in their infancy, purchases for ringtones, ringbacks, and even downloaded music, were simply added to the monthly bill you would receive from your carrier.  I have always used Verizon and to this day Verizon has its own "App" or bloatware on my smartphone (Verizon Tones) where I can go and purchase my new ringtone directly from Verizon and it will still be added to my monthly bill.  Without rooting my device I cannot uninstall this, and other, annoying Verizon Apps – at least now they have the decency to 'bundle' their Apps into one folder.

It was a neat, clean, and painless way to make a purchase on your mobile device – you already had a relationship with your carrier, you already receive a monthly billing from them, and it required no credit card or bank account information be entered or stored with another third-party for billing purposes. The problem for developers with this way of billing is the carriers are taking a chunk of profits each time a sale was made to the tune of 25% – 40%.

Because of the high fees and the ease of the digital transaction, many smaller upstart billing services have popped up to take away the sales to the carriers. However, with carriers looking for more ways to add to their income, they are now realizing the great potential they are passing up and have started to negotiate down these fees to a more reasonable level.

The concept of adding charges to your carrier's bill hasn't changed, but the carrier's billing technology has changed dramatically, such as in-app purchases and purchasing tokens for use within an app. Carrier billing makes so much sense and if the fees they charge for this convenience come down it could get everybody – the developers, app stores, and mobile carriers – excited. Customers are more apt to make a purchase knowing it will just be tacked on to their monthly bill that they can worry about paying later.

Currently, some of the carriers make most of their billing money in developed markets, such as North America and Europe, but that could change as emerging markets with a tremendous growth potential exist, such as India, but the users lack credit cards or bank accounts.  Our source estimates that carrier billings push $3 billion in mobile transactions or 12% of the global mobile digital content and this amount can only grow as mobile phone sales grow in the emerging markets. 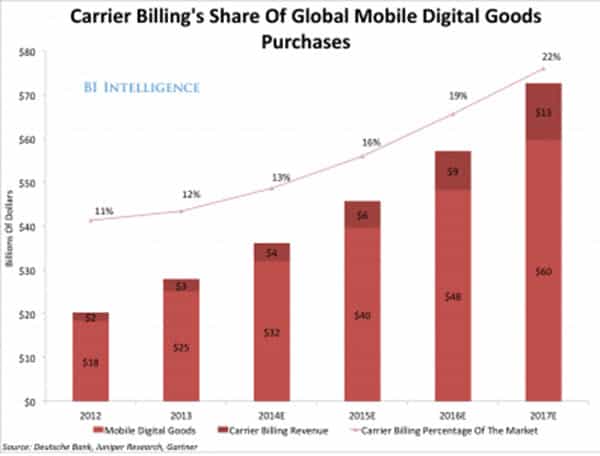