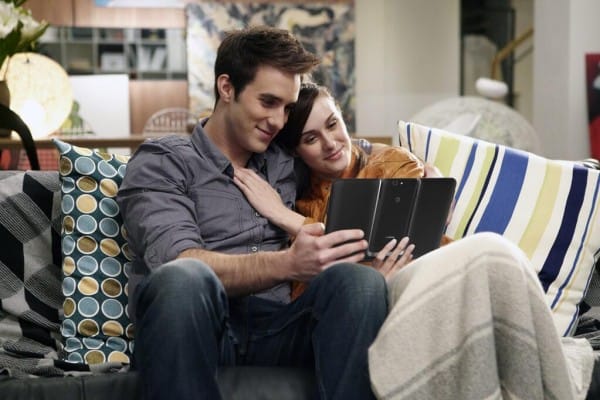 At this point it's safe to say that At&t is most certainly getting the Padfone X. There have been rumors and reports on this matter already, but this new teaser image from At&t on their official Twitter account asks us a simple question. How would you use a larger screen? The question follows a statement about the smartphone/tablet dock combo from Taiwanese manufacturer ASUS, about the fact that it's a 5-inch FHD smartphone that transforms into a 9-inch FHD tablet with the dock. If ASUS were asking this question to me personally, I would respond with an answer that I would probably use it for web browsing as I always enjoyed browsing on a larger tablet more. I might also enjoy the occasional video.

With the Padfone X exclusive launch on At&t a certainty, now we just have to wonder when it will actually show up on store shelves and the online retail website. Although I'm not an At&t customer myself, it's still nice to see ASUS bringing some of their devices to the US, and perhaps if it does well on At&t's network we might see some more of the devices make it from overseas on other carriers. For those that subscribe to At&t, if you're interested in learning more about the ASUS Padfone X, At&t has already set up a landing page over at their website that will allow you to sign up via email for more information. As with most things like this, you will probably end up receiving an email once the phone is due for release, and probably once it's already available for purchase.

We can take these teasers and the landing page for info sign ups to mean that ASUS and At&t are gearing up for the launch, but that is all relative speculation. Still, if we saw the Padfone X hit store shelves say, next week, it would make sense with all the recent advertisement. Since ASUS has a relatively small footprint here in the US when it comes to smartphones, positioning for the launch of the Padfone X before Samsung and HTC's big flagship launches might allow them to cover just a little bit of ground before everyone goes crazy for those two phones.