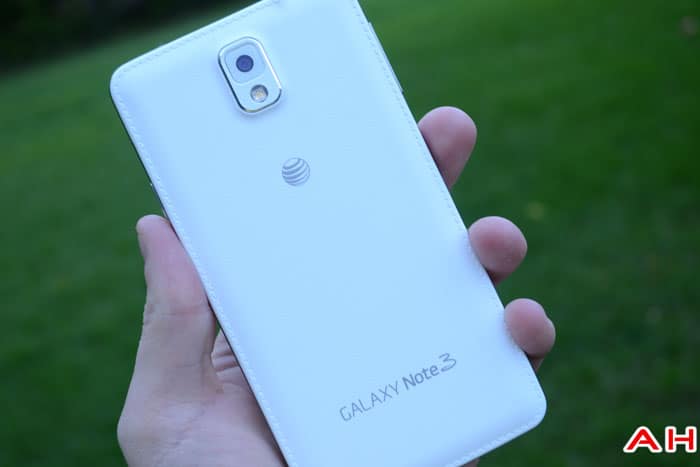 A few other carrier variants of the Galaxy Note 3 have already gotten Android 4.4.2, but today it's AT&T's turn. AT&T and Samsung have decided that the update is finally ready for its customers. According to AT&T it brings an improved user interface, improved GPS, the option to use Hangouts as your default messaging app, full screen album art, easy camera access from the lock screen and much more. The update is available today for those with the Samsung Galaxy Note 3 on AT&T.

You can manually check for the update by going to Settings icon in the apps menu > Select the More Tab > Tap About Device > Select Software Update > Select Check for Updates and follow on screen instructions. But you also have to remember that AT&T only allows you to check-in for an update once every 24 hours (unless that's changed recently). So far there's no word on how large the update is or the build number, but nonetheless it's great to see Android 4.4.2 KitKat heading to another flagship device. AT&T also recommends that the device have at least 50% battery before installing the update so that the update will install successfully.

For those of you on AT&T, the update will probably be rolling out over the next week or so as a staged update. Which is typical with updates from every carrier and manufacturer, that's not an AT&T specific thing here. If you have the Samsung Galaxy Note 3 on AT&T, be sure to let us know when you get the update, also how you are liking the update. Beware the SD card bug. In KitKat, the SD card was rendered useless a bit thanks to Google, as we found in other updates to the Galaxy Note 3 on other carriers and regions. So watch out for that. Let us know in the comments below how the update works out for you.