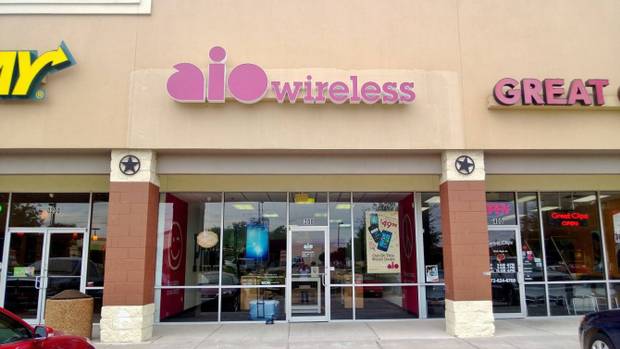 It seems like just yesterday when AT&T launched the aio Wireless MVNO to give customers a contract-free way to use the AT&T network.  Such alternative wireless companies that use another company's network are very common nowadays, and often offer discounted rate plans with no contract.  The kicker usually is data speeds being reduced as customers of that network having a lower priority than the "first class" network, if you will, so while you're getting a cheaper monthly bill you might not be getting quite as blazing fast speeds as full-out AT&T customers might.  Last July AT&T acquired Leap Wireless, the parent company of Cricket Wireless, and now it looks like AT&T will be consolidating brands by rolling aio Wireless into Cricket, getting rid of the aio brand altogether entirely.  We're not sure if it was T-Mobile's lawsuit over the color magenta or something else that made AT&T want to completely ditch aio, but it seems strange to abandon such a new brand so quickly regardless of the reason.

If you head on over to aiowireless.com you can find all the details about the merger itself, including a letter from the President of the new Cricket, Jennifer Van Baskirk.  Other than the name changing for aio Wireless customers there should be no obvious difference in service.  Rates are going to be staying the same for the time being as well, so don't worry about your bill going up all of a sudden or anything like that.  Similarly aio Wireless locations will still operate under the aio Wireless name for a little while and eventually change store names to Cricket Wireless as well.  You can also head on over to the aio Wireless website to sign up for more info when it becomes available or if rate plans do end up changing.