Move over Samsung and Apple – look out South Korea and Silicon Valley…China is becoming a very important force in the smartphone market.  According to our source, the mobile industry's future may well be determined in Beijing at Xiaomi – the "Apple of China," and on the outskirts of New Delhi at Micromax.  Apple co-founder, Steve Wozniak, recently visited Xiaomi's headquarters said he believes that they are ready to "break the American market."

Xiaomi has become one of China's largest manufacturers of smartphones.  They prefer to think of themselves as China's Amazon – all of their products are sold through their own website for a very competitive price as they prefer to make their real profit on add-on services.  Their recently announced RedMi Note, a 5.5-inch device, took only 34 minutes to sellout all 100,000 units available.

The Indian-based Micromax, often called "Zara of smartphones" – Zara, a clothing line in India is known for getting out their designs fast and flooding the market –  was created only five years ago and today is India's second largest smartphone manufacturer, selling devices for as little $50 – half of what a Samsung device would sell for in India.  They are looking to produce a higher end device as well as expanding into the global market.  The Micromax Canvas Magnus is more on a mid-range device, one they intend on selling in both Russia and Eastern Europe.  If they do well there, Micromax will attempt sales beyond those borders – but they need to have their brand name more recognizable.

A new BI Intelligence report confirms that global internet and mobile companies will have to work with companies like Xiaomi and Micromax, as well as China's big players – Lenovo (that just bought Motorola Mobility from Google), Huawei, ZTE, and Coolpad.  Right now they play a huge role in the emerging markets, but as they expand globally they will be a force to be reckoned with.

The Chinese and Indian manufacturers run their own successful echo systems – from the Apps, to the Operating Systems, and even Mobile Services.  In three years' time, Xiaomi now produces four of the most popular smartphones in China – please see the chart below.  Huawei is already selling a 4G LTE handset on MetroPCS in the U.S., while Lenovo is looking to expand sales with the Motorola name recognition.  These companies are making a name for themselves by quickly designing and manufacturing a decent product at a fraction of what the 'big boys' can – not producing cheap knock-outs, but their own designs.

Like it or not, the China and Indian manufacturers are here to stay – can they become a huge player in the U.S. – time will only tell, but make no mistake, they will certainly help shape the future of the smartphone and mobile world.  Please let us know on our Google+ Page if you would be willing to purchase one of these devices if they came to your 'neck of the woods.' 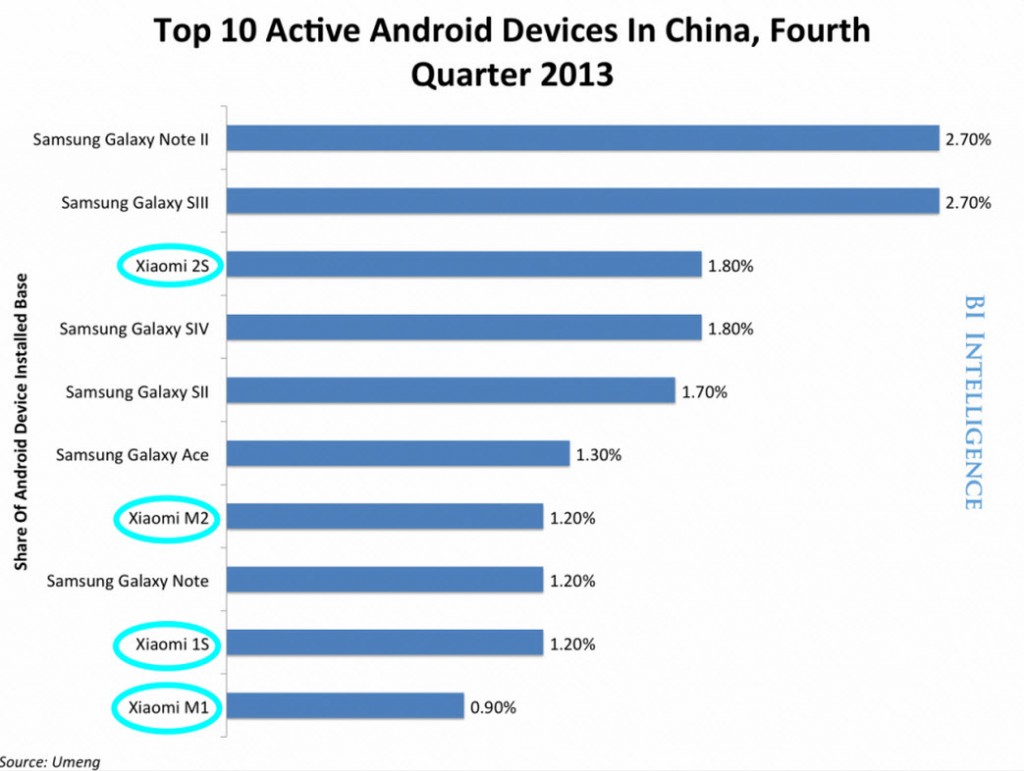