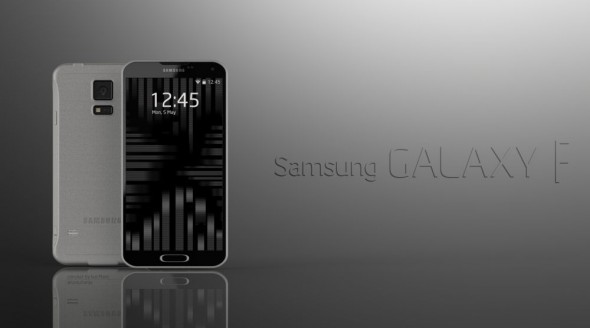 When it comes to the new Galaxy S device, it seems that it comes down to either loving or hating it. There isn't really much of a middle ground. While we can argue back and forth all day about how Samsung's devices have looked the same for the past three iterations, that's neither here nor there, and as the old saying goes, if aint broke don't fix it. Still, there are plenty of people that feel this newest version of the Galaxy S is underwhelming, and feel like the flagship phone for a company like Samsung should feel a little bit more high-end. Although there are many more people that are happy with the way that Samsung has designed the Galaxy S5 and love the new features, there are still that smaller niche group of people that would like to see a more premium version of the Galaxy S5 get a release. Myself included.

There are few reasons why I would like to see a more premium handset from Samsung for the Galaxy S, and part of it comes from the build up of specs rumors we heard about leading up to the unveiling. Rumors are often wild and untamed for any new flagship, as we in the press as well as the fans and users of these devices tend to spread them far and wide on social media and elsewhere around the web. Having heard about the potential of a 2K resolution screen with a slick and ultra premium metal body design, accompanied by Samsung's new 64-bit octa-core processor are just a few of the rumors that we had heard about when it comes to the devices makeup. Other feature rumors became embodied in the form of an iris sensor,(which I feel is just another gimmick and isn't really needed in such a device, premium or not) as well as a finger scanner and 16MP camera. Both the finger scanner and the camera actually made it into the device, while the rest of the rumored features and specs mentioned here did not.

The lack of these features for Samsung doesn't mean that they aren't still possibly planning on making a premium device with a more high-end feel to it. In fact, it would make perfect sense for Samsung to take some of the higher-end specs and features we had heard about for so long and build them into an ultra-premium version of the Galaxy S5 later on in the year, and perhaps time the launch around or along with the release of a new Galaxy Note device. This would give them ample time to sell plenty of regular Galaxy S5 phones to the majority of people who want a great quality device with the makeup and hardware that has become familiar with the Galaxy S line, while creating an opportunity to bait in the people that are still holding out for something that feels more high-end by making them wait. It would also serve to potentially box in HTC's launch of the All New One phone. If HTC actually launches their flagship the same day as Samsung launches their Galaxy S5, Samsung is sure to lose some sales to HTC. However the same could be said for HTC, and for those who are keen on the metal body design and higher quality hardware, if the potential of a premium Galaxy S5 with a metal body ends up available more towards the fall or the end of the year, some might hold out instead of picking up the new flagship from HTC.

There have been a few rumors about Samsung's fabled premium Galaxy device, with a potential name as the Galaxy F. There have even been a few concepts that have popped up, with the best looking and most compelling iterations showing up yesterday. All of those concepts have been included here. Do you think Samsung should end up releasing a premium Galaxy S device? If so, would it benefit them more to launch more towards the fall/winter? Would you want Samsung to design the phone to look something like these concepts or are there some changes you would make? What are some feature and hardware spec improvements you would like to see in a premium Galaxy S device?