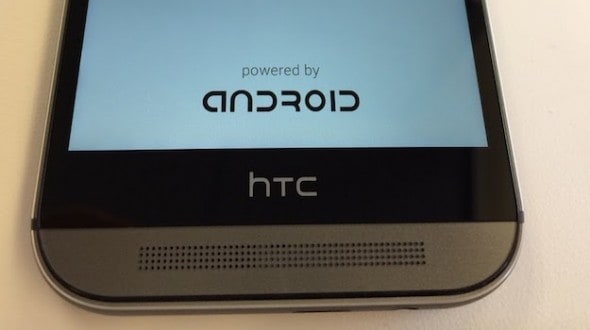 All our android devices could soon carry the message powered by Android in the near future. At least two devices(the Samsung Galaxy S5, and the new HTC One M8) so far will have this message pop up after you power on your device. It seems that Google is making an attempt to better educate people on what software their smartphones are running on. It's a little surprising given that Android holds the most marketshare when it comes to smartphones, but after stepping back and thinking about it for a second, I realized that many people often times don't know the difference between Android as the OS, the Galaxy line of products that run on Android, and the iPhone. It seems silly but it's the absolute truth, as I had run into this almost on a daily basis when working as a cell phone rep. People were always unaware.

This rather small but hopefully effective change is a way for Google to make people more in the know about Android as an OS and what type of device they are actually using. It's part of a bigger effort that Google has been making as of late to help people become more familiar with Android, and while the Powered By Android message alone might not have a huge effect on the general public knowledge of who powers their smartphone, when paired together with Google's other terms for use of their play services like the Play Store, Gmail, and other apps, it should do just fine to help equate what's what.

This may seem trivial to some, but really think about it. If you had a product that was widely popular but potentially more than half of all users had no idea it was your product, wouldn't you want to enlighten them? Time will tell whether it makes a difference, but if this specific condition remains in place for all future android devices people should have a hard time forgetting what kind of smartphone or tablet they have. Especially since they'll be seeing this message stare them in the face every time they power cycle their devices.