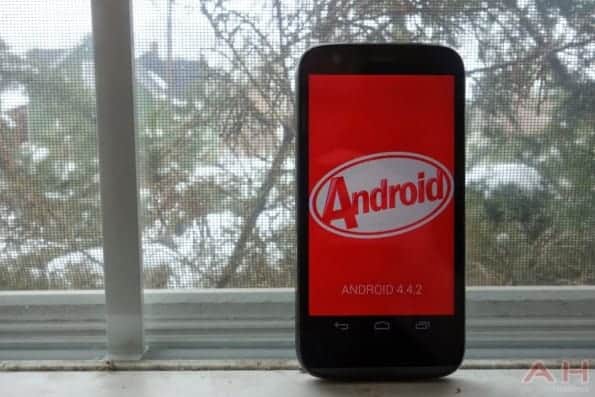 It's always frustrating when our phones don't work right. Even more so when the issue is caused by a software update that is supposed to better the use of your phone and give it fresh new features. In this case of the kit kat update to 4.4.2 and the Motorola Moto G, it's simply been the exact opposite of an improvement for many. Users started taking to the Motorola forums near the end of January, which at the time was when the problem was only beginning. Now over a month and some 400+ posts later, it seems to have affected quite a few users. The problem in question is that after updating to Android 4.4.2 kit kat, users have been dealing with a connection loss, and loss of any sort of signal, and sometimes having issues with the phone reading the SIM card.

You could imagine how big of an issue this is for those users who have been experiencing these signal loss problems, as losing all form of cell signal is keeping them from using basic functions of the device that require a connection to operate. The software definitely seems to be the problem as people on multiple carriers are expressing having the problem with their phones, and many of the people affected don't live in the same location. At least one user had reported that power cycling the phone could help, but as anyone who has ever worked in the wireless industry knows, more times than not that is usually only a temporary fix for many issues. So basically if you're experiencing this problem the power cycle is a good place to start, but don't expect it to fix your problem completely. Above the signal loss issue, some users also reported the phone requesting Airplane mode to be turned off when it wasn't on in the first place, which only seemed to be popping up after they attempted to make a phone call.

The good news for those of you that are owners of a Moto G and may have this problem as well after you updated, is that thanks to the many users who expressed issues in the forums, Motorola knows about the problem and is doing what they can to work it out. One update has already been applied and sent out to users so far in the last week or two, which was meant to fix the problem with these signal loss bugs, but not everyone of the users that reported the issue in the first place has had positive results with it. The unfortunate thing is that updates take a little bit of time. Even if Motorola was working around the clock to try and fix these bugs, it may still be a little while before a complete resolution is developed. Hang tight, and if you have a rooted Moto G you could always attempt to re flash to an older version of software given you have the means to do so.